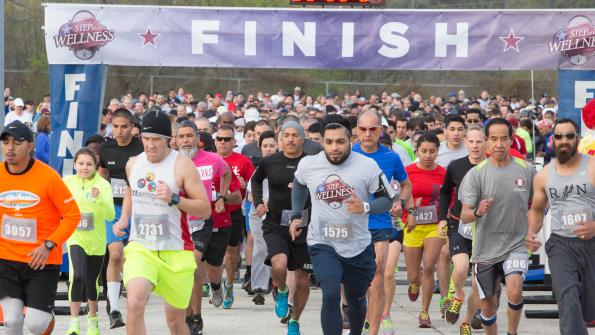 To curb healthcare costs, cities and counties are working to whip their workforces into shape

One way cities and counties across the country are working to manage their employee benefit obligations is through the use of varied wellness programs and initiatives. These programs help keep healthcare costs low by addressing problems before they start.

This trend has been growing over the past half-dozen years. Mark Manquen, founder and president of Cornerstone Municipal, a Michigan-based public sector human resources consulting firm, says these programs have been growing in popularity, especially as the benefit landscape shifts.

“The wellness part of [the municipal HR industry] has really become a point of concentration in the last couple of years,” Manquen says. The concentration has primarily been driven by a shift towards higher deductible and higher co-pay drug plans. Once employees began sharing the costs of their health care plans with their employers, wellness initiatives became more important.

One city that has taken this sentiment and run with it, so to speak, is San Antonio, Texas. When Sheryl Sculley, an avid marathon runner, took over as city manager in 2007, she made the wellness of San Antonio’s workforce a priority.

“We had to address the escalating costs of health care,” Atkins says. “We recognized that most of the cost-drivers were related to preventable illness, such as diabetes and hypertension.”

To address these issues, San Antonio began offering several different initiatives aimed at reducing the number of preventable claims. This was a process of trial and error, according to David Whitt, the city’s employee wellness manager.

“Since the implementation of the wellness program back in 2007, we’ve added and removed… a lot of different programs and resources available to our employees to use on their wellness journey,” says Whitt, adding that when the city first started, they offered some of the more commonly known initiatives such as smoking cessation programs, weight loss programs as well as a 5K walk/run for city employees.

Since then, the program has grown to include a fitness center discount offering where the city has brokered deals with local gyms to give discounted rates to city employees and their families; a health and wellness center where employees and their families can receive basic medical care; educational sessions on nutrition and chronic disease management, as well as biometric screenings and telephonic health coaching.

However, it’s not always easy to create an impactful wellness program, particularly in a local government.

One of the major problems facing cities and counties looking to launch wellness initiatives, according to Manquen, is ensuring that all stakeholders have “bought in.” And in the public sector, there are a lot of stakeholders. 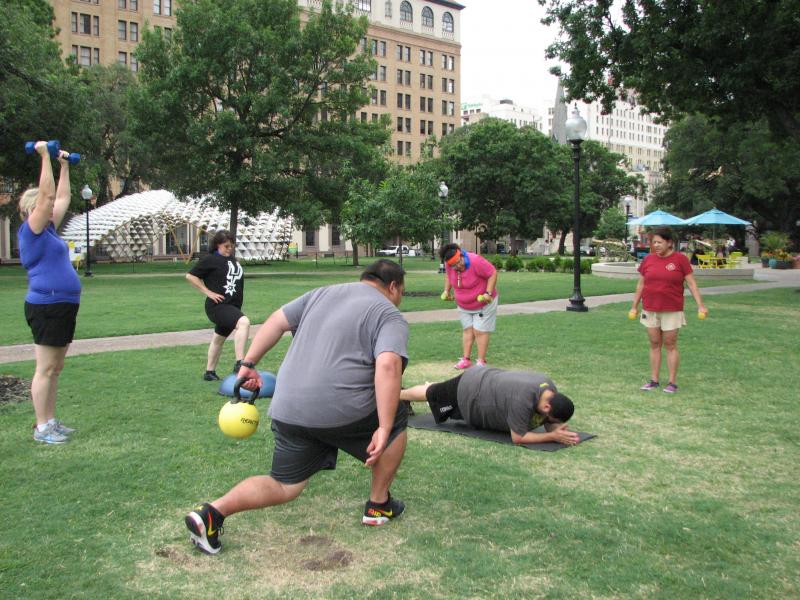 It’s also important, Manquen says, to keep energy in the program while keeping offerings fresh. “Keeping people interested is always the toughest part of a wellness initiative,” he says. Often during the first iteration of a program, excitement levels will be high, but this excitement can quickly dwindle as time goes on.

Building a sustainable, successful program takes intention and leadership, Manquen says. One-off programs, such as a “Biggest Loser-style” competition or a pedometer step challenge, can be successful in the short-term, but rarely have lasting impact on the overall heath of a workforce. It takes more to actually tackle chronic health risks in the workplace.

“Getting… a program to be self-perpetuating takes a leader, it takes someone in the organization to be the ‘wellness czar,’” he says, but concedes that this is often difficult to accomplish, particularly in local governments where resources are stretched thin.

“It’s tough to do in the public sector,” he says. “It’s tough to tell a council they need a person in their organization that spends 80 to 100 percent of their time on wellness, that’s a tough sell.” He adds, “but in those scenarios, that’s where it’s worked the best.”

Ease of access to care and the convenience of the initiatives offered are also important in the overall success of a wellness program, says Manquen. It seems simple, but the fact that making something convenient tends to lead to more use, is often overlooked.

Additionally, gauging the success of a wellness program is often a difficult prospect, particularly because “you can’t quantify something that never happened,” Manquen explains. “You can’t say because of our wellness program we avoided three heart attacks.”

Atkins says San Antonio has run into similar issues. It’s difficult to nail down an exact dollar amount on the wellness program’s return on investment, so the city instead measures its successes in the popularity of its programs.

“We measure the success of our programs based on participation and engagement,” Atkins says. “It’s one thing to be signed up with a program, but it’s more important to be engaged in it and actively participating.”

Fortunately, the engagement in San Antonio has been steadily increasing. When it was launched in 2007, the city employee’s 5K had approximately 800 registrants. This year, over 3,000 registered.

Additionally, the city’s pedometer program has more than 4,500 employees participating, with more than 76 percent, meeting the Centers for Disease Control’s recommended amount of physical activity.

Participation in individual on-site health coaching has increased by 9 percent, and group sessions have increased by 101 percent year-over-year.

However, not all governments have the manpower and resources of San Antonio. For smaller governments looking to start their own wellness programs, small steps can have significant impacts, Manquen says.

“The low-risk, somewhat easy programs to put in place are more of the wellness incentive programs – something that’s fun,” he says.  He also encourages cities and counties to take a look at what their insurance providers offer, and to leverage their resources wherever possible.