Every dog has its day: Border collie and former mayor runs for president

Bobbi Kayser, Lucy Lou’s owner and chief of staff, announced the candidacy for the 2016 presidential race on Saturday during the town’s Old Timers Day, according to the Cincinnati Inquirer. 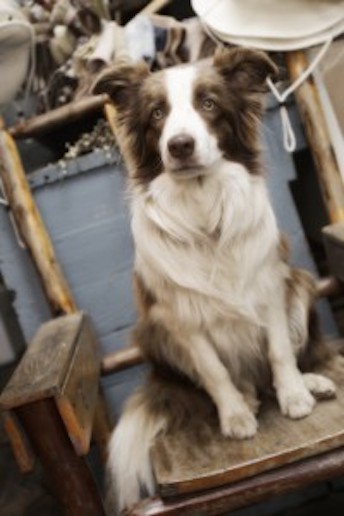 The lovable border collie has been highly vetted and her record speaks for itself, Kayser told the newspaper.

“There’s no question that she’s the most thoroughly vetted candidate on the books. Aside from a few fleas, (she) has no skeletons in her closet, a few dog bones maybe, but no skeletons,” Kayser said.

Lucy Lou has the support from her neighbors already.

“I’d vote for Lucy Lou,” Velma Thornton, a Kentucky resident, told the Inquirer. “Considering the other choices we may have, I think she’d be great.”

The biggest question now is: Who will become mayor of Rabbit Hash?

Currently, no dogs or other pets have announced a bid for mayor.

“Now is the time to turn off the reality TV show of current politics and take it back. Together we can live in a country where health, prosperity, security and kibble, I mean joy is available for everybody,” Kayser said during the announcement.

Lucy Lou’s candidacy echoes the sentiment of third party candidate Deez Nuts, a satirical candidate concocted by a Wallingford, Iowa, 15-year-old named Brady C. Olson. According to Rolling Stone, Olson filed with the Federal Election Commission as a candidate “half-trying to break the two-party system, half-frustration with the front-runners.”

Deez Nuts received up to 9 percent of votes in early polling, according to Public Policy Polling in Iowa, Minnesota and North Carolina.

Lucy Lou has hopes of surpassing her satirical third party competitor in the polls.