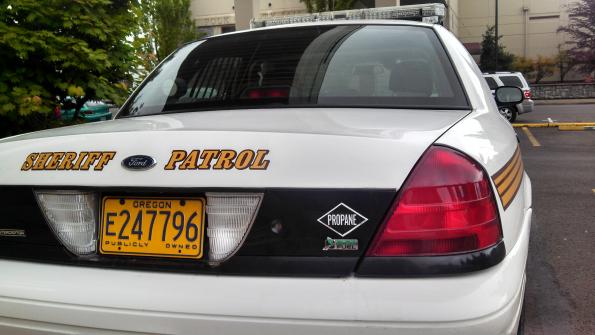 Polk County Police save money and the planet by switching to alt fuels.

It’s no secret that fuel is one of the largest operating expenses for fleets today. In the public sector especially, fluctuating gasoline and diesel prices can drastically impact everything from operating budgets to staffing decisions. That’s why the Polk County, Ore., police adopted alternative fuels.

In March 2013, the Polk County Sheriff’s Office converted 10 patrol vehicles to propane autogas and Blue Star Gas installed a 1,000-gallon on-site fueling station. Within 18 months, the sheriff’s office saved $25,000 in fuel costs and took advantage of a 2013 federal tax credit worth another $8,000.

As a result of the fuel savings, the sheriff’s office has been able to strategically deploy funding to other areas of need. “The salary of an officer isn’t $25,000, but it’s one of those things that if we save $25,000 here and another $5,000 there, that might be the difference between cutting back hours and someone remaining full-time,” says Garton.

“I hope other agencies in Oregon take a serious look at propane,” Garton says. “This is a very environmentally-friendly state, and if people could understand the impact that propane fleets have on greenhouse gas emissions, they would see the switch just makes sense.”

Polk County’s deputies are also pleased with the performance of their vehicles. Although Garton was concerned that the team would be skeptical and slow to adapt the conversions, the process was quick and easy.

“I would do it again in a heartbeat,” Garton says. “Although there is an initial investment, we’ll come out ahead in the end. If people could drive our converted vehicles, the real-life example would cure any skepticism.”