A minute with… Brian Maughan

Spend a minute with Brian Maughan, vice chairman of the board of Oklahoma County Commissioners 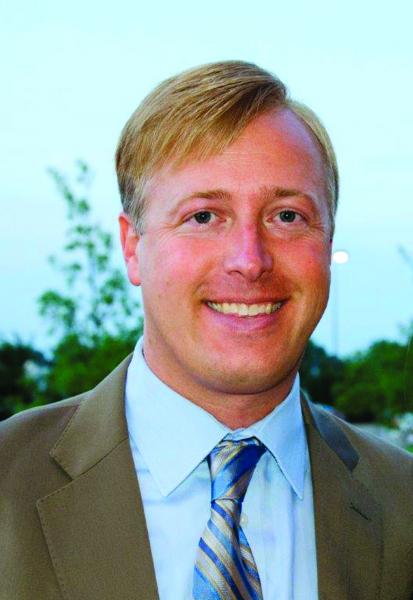 Name three projects of which you are most proud.

1) In 2010, working with prosecutors and the public defender, I created SHINE, an alternative sentencing community service program that cuts jail populations and puts low-level offenders to work on organized crews. SHINE stands for Start Helping Impacted Neighborhoods Everywhere. It has a graffiti removal crew, picks up trash and has restored a former park that was used for years as a dumping ground. We recently passed 200,000 hours of logged community service, and SHINE has been honored by a number of national groups.
2) After SHINE was launched, we expanded the concept to invite high school and college students to commit to at least 100 hours of volunteer work. Each year we honor those who complete the Students for SHINE program with a certificate and a graduation cord. In the first year those students logged more work hours than the court-mandated participants in the original SHINE program.
3) Finally, central Oklahoma has experienced some devastating wildfires in recent years thanks to dry conditions, our normal gusty winds and the overgrowth of noxious eastern red cedar trees that explode like bombs when a spark hits them. I have implemented a program to remove red cedars, at no charge, from both public and private land. We already have a 36-month waiting list and we’re working to expand the program.

Tell us about your most challenging day at the office.

In May 2013… a large tornado that churned through the southern suburb of Moore. More than 20 people were killed and several thousand buildings were damaged or destroyed, including an elementary school where several children died under a collapsing wall. I watched this from my office in Oklahoma City, and within an hour we were rolling south into Moore with all of our heavy equipment to help with debris removal and rescue efforts. That first night we were stationed at the school where the children had died, and in the days that followed we helped a large volunteer force clean up rubble and debris in several communities hit by the storm. That was mutual aid at its very best.

Tell us about your most rewarding day at the office.

I took office in 2009 after a contentious… election where the previous incumbent’s record and behavior in office were key issues. Soon after I arrived we found a large undeposited check for an equipment sale lying in a desk drawer, had to fire a number of employees caught misusing county equipment and even got into a squabble with some other elected officials over a pay raise I considered to be unjustified. As all that was unfolding, I was pleased one morning to read an editorial in the daily newspaper saying that I was “a breath of fresh air” at the courthouse. That made all the trials and tribulations worthwhile.

Do you have any personal, proven methods for approaching municipal challenges?

Cooperation… No one government agency can do everything well. But many agencies working together in pursuit of common goals can get more done that anyone ever imagined…