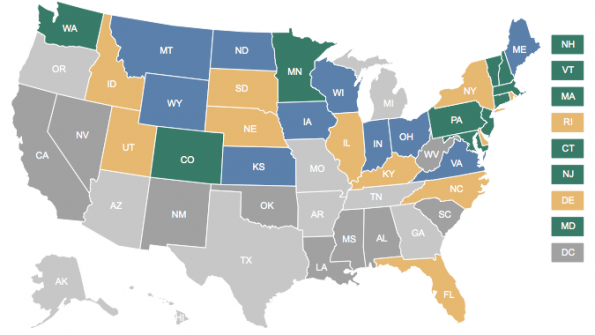 Education report card optimistic, but with room for improvement

The U.S. Chamber of Commerce Foundation's "Leaders and Laggards" report found improvement in the nation's schools since 2007, but also emphasized that significant improvements still need to be made.

Seven years after it’s first “Leaders and Laggards” report, which found significant problems in state-run education, the U.S.  Chamber of Commerce Foundation has released an updated version of the study.

Overall, the outlook was optimistic. According to the report’s major findings, every state improved on performance from the last report. However, results varied widely. The Chamber says across the board gains must be greater for all students to achieve success.

In terms of progress made, Maryland, Tennessee and Rhode Island made the biggest advancements while Texas, Michigan and South Carolina progressed the least.

Some of the top overall performers included Massachusetts, New Hampshire, Minnesota and New Jersey, which all received ‘A’ rankings for academic achievement. D.C., Mississippi and Louisiana rank at the bottom.

For a complete breakdown of how all the states ranked, view the chart below.

Looking forward, the foundation says one of the greatest threats to the quality of education is unfunded pension plans. In states like Connecticut, Kentucky and Illinois, less than half the funds needed to make pensions solvent have been contributed, and as a result education funding has faltered. However, Wisconsin, North Carolina and South Dakota have kept funding at the necessary levels and are able to maintain public education spending.