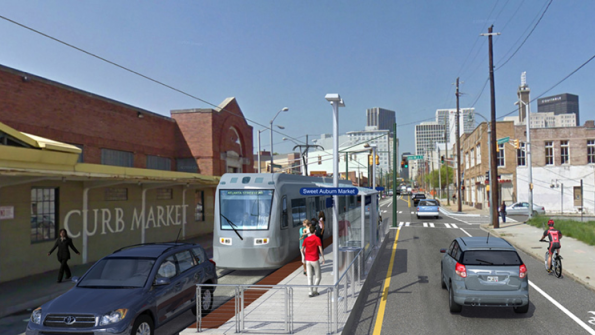 Slow trains and infrequent rides make many of the country’s streetcar systems less than functional.

It looked like Atlanta would have its streetcar up and running by the late summer, but due to ballooning budgets and technical glitches, the rollout date has once again been pushed back, this time to November. Similar streetcar projects are cropping up across the country, but some transportation experts are asking if these sytems are worth the hassle and cost.

Atlanta’s project, a 2.7-mile, 10-stop loop, has cost over $100 million and been delayed over a year, according to Atlanta magazine. However, city officials say the wait and cost will be worth it, telling American City & County the streetcar will revitalize the area and bolster the local economy.

But transportation experts question that wisdom. The most commonly cited problem with this form of transportation – and one that will be true of Atlanta’s streetcar – is that it tends to run in mixed traffic along with cars, according to CityLab. This necessitates slow speeds, and, coupled with the short lengths of the average track, means potential riders could reach their destination on foot in the same amount of time.

Frequency is another issue that plagues many of America’s streetcar systems. “…The streetcar’s bigger problem is that trains only make the 2-mile, 12-minute trip every 20 minutes, or 3 times an hour. If you miss a trip, you might as well walk, because you’ll save virtually no time waiting for the train,” writes Transport Politic author Yonah Freemark, adding, “the poor service offered on these lines produces infrastructure that is massively underused.”

Using city data and numbers from Transport Politic, CityLab compiled a list of cities and how frequently their streetcars run per hour.

To make streetcars more productive, according to Freemark, more robust service standards are required. “To create a transit system that is attractive enough to pull people out of their cars, high frequencies of service are essential,” he writes. “We must commit our transit agencies to providing a minimum level of transit service on their lines, particularly those in which it has been deemed necessary to invest millions of dollars in capital upgrades.”

Frequency is key to making a transit system functional, reports CityLab, and functional public transportation systems require trains or busses to run every 10 or 12 minutes. For example, New Orleans’ streetcar, the St. Charles Line, runs every 8 to 10 minutes.

Few streetcar systems hit that mark, but those that do have higher riderships, according to CityLab. Those that don’t suffer.