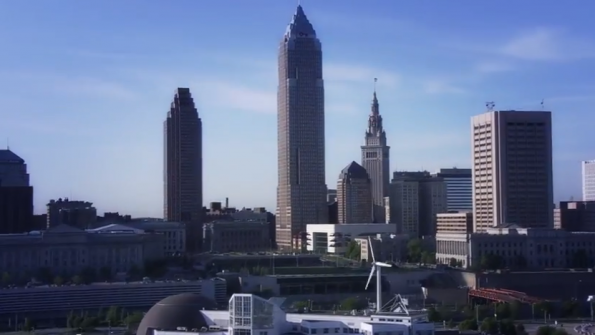 Last week GOP Chairman Reince Priebus announced that the Republican Party would hold its 2016 national convention in Cleveland. Depending on logistical details, the convention will begin on either June 28 or July 18.

“We couldn’t be more excited. I think that it’s a city that’s on the rise,” Priebus told Fox News. “If you haven’t been to Cleveland lately, it’s a real surprise how beautiful it is down by that lake.”

This is a win for Cleveland’s convention and tourism officials who view the event as an opportunity to showcase a recently constructed 750,000 square-foot convention center, according to The Washington Post.

The convention is also seen as an economic driver for the region. “This will highlight the tremendous assets of Cleveland, Cuyahoga County and all of Northeast Ohio,” U.S. Representative Tim Ryan (D-Ohio) told Youngstown, Ohio-based The Vindicator. “The Republican National Convention means jobs, economic development and a positive focus on our region.”

Ed FitzGerald, a Democratic gubernatorial candidate and Cuyahoga County executive, told the Cleveland Plain Dealer the convention will create jobs, strengthen the tourism industry and bring as many as 35,000 visitors and as much as $200 million to the area. “Regardless of political party, every Clevelander can agree that hosting this convention would be a major victory for our region.”

The city must still raise an estimated $55 to $60 million to pay for the convention, though. These funds will be used to fabricate stages, secure venues, provide lodging and construct a media center. However, local leaders aren’t concerned with the prospect, according to the Plain Dealer.

In fact, Terrance “Terry” Egger, executive chair of the Cleveland 2016 RNC Host Committee told the paper that much of the money has already been raised, or at least pledged.  ,.

"You don't get to this point unless you have raised a substantial portion of the money already," he told the Plain Dealer. “The goal now will be to raise what's needed and be done well ahead of time.”

Egger said several corporations, both local and others from across Ohio, have pitched in. Supporters include Sherwin Williams Co., Jones Day, Key Bank Corp. and Eaton Corp.

For more information on the 2016 Republican National Convention, click here, or, learn more about Cleveland in the short video below: