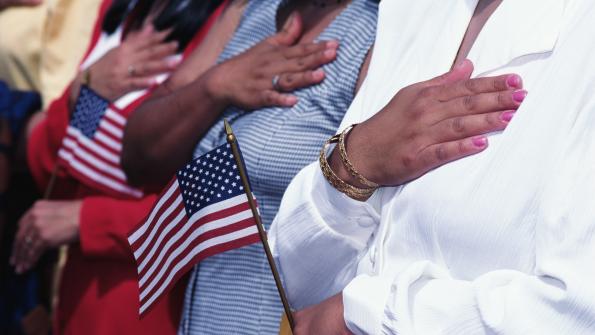 New York City will become the first jurisdiction in the nation to provide public defense for detained illegal immigrants during deportation hearings.

New York City will become the first jurisdiction in the nation to provide universal representation to detained immigrants facing deportation. Under the current framework, those detained for immigration issues are not provided council, because immigration hearings are considered civil cases rather than criminal.

The program to provide free public defense to detained illegal immigrants is known as the New York Immigrant Family Unity Project (NYIFUP). Last year, the NYIFUP was launched as a pilot program with $500,000 in funding; this year it was granted $4.9 million by the city council, according to program materials.

“The Council’s expansion of NYIFUP is historic,” Councilmember Carlos Menchaca, chair of the Committee on Immigration, said in a statement. “New York City will become the first jurisdiction in the nation to have a functioning public defender system for immigrants facing deportation. In New York City, no family will have a loved one locked up and deported simply because they cannot afford a lawyer.”

Between 2005 and 2010, more than 7,000 U.S. citizen children lost a parent to deportation in New York City, according to the Vera Institute of Justice. There are currently 1,380 detained immigrants in the city, according to the Latin Post. Most of these individuals would have to attend their hearings without legal council.

"NYIFUP is a substantial step forward toward closing the justice gap for immigrants,” Chief Judge Robert A. Katzmann of the U.S. Court of Appeals for the Second Circuit, and the creator of the Study Group on Immigrant Representation from which the concept for NYIFUP was created, said in a statement.

Some oppose NYIFUP’s expansion. The National Review, a conservative New York-based publication, says the city shouldn’t be spending even more money on illegal immigrants, and that New York is well on its way to becoming “a haven for lawbreakers.”

However, in time, the NYIFUP hopes it can serve as a model for other municipalities to provide representation to detained immigrants, the Latin Post reports. This could “counterbalance overtly hostile immigration policies enacted in states like Arizona and Alabama,” according to a Northern Manhattan Coalition for Immigrant Rights statement.