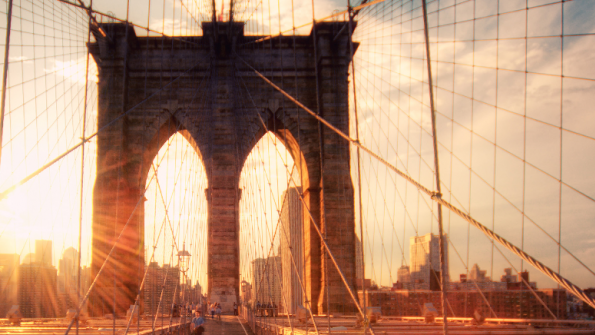 According to a new report released by The Americas Society/Council of the Americas, the generations of immigrants since the 1970s have demonstrably helped New York City thrive.

Immigrants are largely responsible for reversing New York City’s population decline, helping the economy bounce back and reducing the city’s crime rate, according to a study released by the Americas Society/Council of the Americas (AS/COA).

The study, titled Immigration and New York City: Contributions of Foreign-Born Americans to New York’s Renaissance, 1975-2013, quantifies the impact immigrants have had on New York for nearly four decades. The study found immigrants have provided a socioeconomic boost for the city, increasing economic opportunity in areas that may have otherwise remained stagnant. Without generations of immigrants, the city’s property tax base would be $500 billion lower than it is today, according to the report.

Additionally, crime rates have gone down in areas with greater numbers of immigrants. The study found over the past two decades, police precincts in high-immigrant areas have seen fewer crimes. For every 1 percent increase in a precinct’s immigrant population, an average of 966 fewer crimes are committed each year – translating to a two-thirds reduction in the city’s overall crime rate.

"Immigrants have shaped New York City for generations," said Americas Society/Council of the Americas President and CEO Susan Segal. "This new report, which comes at an important time in the immigration debate, details the critical role immigrants have played in helping our country’s largest city be a dynamic and safe place."

Immigrants have also helped keep housing costs in the city down. The report estimates that due to their help in bringing up underdeveloped areas, immigrants have prevented a more than $2,300 increase in the already-expensive price of an average Manhattan home.

The report’s author, Jacob Vigdor, a professor of public policy and economics at Duke University, told The Wall Street Journal that, because immigrants settle in developing areas, they have brought about “positive demographic changes and economic improvements,” that entice U.S.-born residents to follow.

"Immigrants may be the most under-appreciated reason for the city's economic turnaround over the past 25 years," Jonathan Bowles, the executive director of the Center for an Urban Future, a Manhattan-based think tank, told The Wall Street Journal.

The Americas Society/Council of the Americas is a forum dedicated to fostering debate and dialogue, as well as promoting economic and social development throughout the western hemisphere. Download a .PDF of the full report here, or for more information, watch the video below.