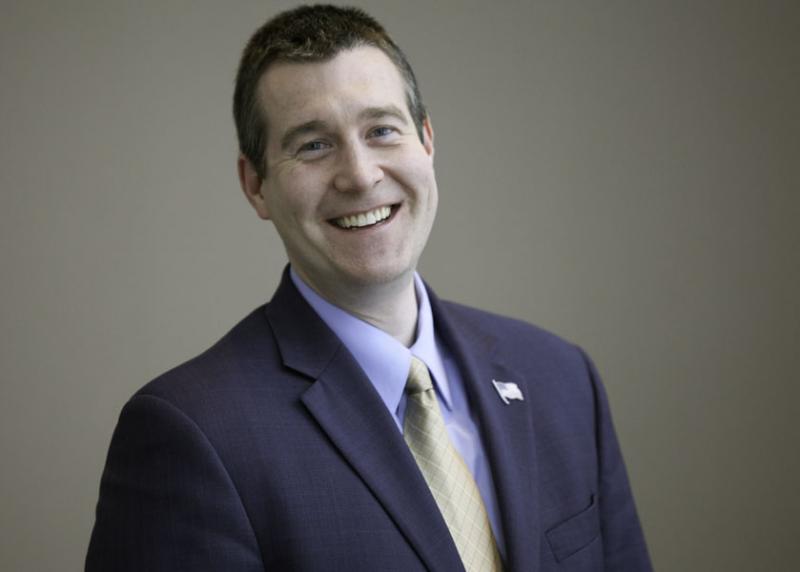 Urban blight is a problem as old as cities themselves – but in the wake of the foreclosure crisis, it has become a national epidemic. The U.S. Census Bureau estimates that there are more than 10 million vacant housing units across the country, which negatively affects communities nationwide. Empty structures create a sense of insecurity. Abandoned properties can become havens for drugs, violent crime and prostitution. All of which depress property values and make neighborhood stabilization difficult. Nevertheless, Flint is fighting blight through volunteerism, and the results to-date demonstrate that citizen service can be a uniquely effective tool in making positive and lasting change.

Flint’s long-standing struggle with blight began over 30 years ago when changes in the domestic auto industry began to have a profound effect on reshaping populations and economies throughout the Midwest. Though we have long been on the road to recovery, the recent recession undercut a lot of our progress—particularly affecting a large-scale blight demolition program we began here last year. The inventory of blighted and abandoned houses in the county land bank jumped to more than 5,000, or approximately 10 percent of the total residential parcels, despite the land bank clearing more than 1,000 structures per year for the last three years with federal and state funding.

To address these challenges, I launched Flint’s inaugural Love Your City campaign in 2012, with the support of a $25,000 Cities of Service Impact Volunteering Fund grant. Using that grant, we had an ambitious goal of improving more than 20 blocks with the support of volunteers in 2013. So our community leaders and city workers recruited and managed a volunteer army to cleanup blocks citywide – and the results were stunning.

More than 1.8 million pounds of trash were hauled away, including over 8,000 discarded tires. Over 2,500 square feet of graffiti was removed—even though our late fall cleanup was snowed out. Additionally, we planted new trees and created over 50 small gardens, adding healthy and vibrant green spaces to enhance the quality of life in a variety of neighborhoods. It’s a great feeling for people to be part of this collective effort and take pride in cleaning up their city.

It is critical that this progress is sustained. And this is exactly what the Cities of Service impact volunteering model will allow us to do. By setting clear impact goals and using best practices, Love Your City has allowed Flint to establish an effective system to engage its citizens in tackling blight. Using this system, we will be able to sustain progress to date, expand the program to new neighborhoods, and measure clear outcomes and impact in our city.

The measurable impacts are outward signs of progress, but as anyone who volunteers knows, a critical additional benefit of positive service experiences is how they can transform individuals into energized, active volunteers and engaged citizens. An example of this occurred on a day I was working with a group of volunteers alongside the Flint Fire Chief. The block was suffering from years of illegal dumping and had overgrown brush on a number of lots. When the initial group of volunteers got to weed-whacking, mowing, and clearing out the trash, other neighbors went to their garages, grabbed their tools, and joined the fight against blight. When people understand the importance of the work and can see its impact, volunteering can be contagious.

At the end of 2013, Flint won a $100,000 Cities of Service Impact Volunteering Fund grant to build on the success of Love Your City. We formed new partnerships with businesses, community organizations and faith-based groups to join the revitalization effort in 2014. This year’s grant will support revitalizing 40 city blocks and 200 parcels of land by removing two million pounds of litter, creating 20 new gardens or green spaces, boarding up 15 abandoned houses, planting 30 new trees and removing 5,000 square feet of graffiti.

We also are utilizing this network to be more proactive. Part of the 2014 grant will help fund a new initiative to train and prepare 1,200 households for emergencies as a way of strengthening our resilience and leveraging city volunteers to address new challenges. I know our citizens are up to the task.

It has been inspiring to see what people can do with their time and tools when given the right opportunities and training. With our service-fueled solutions, Flint stands alongside over 180 other Cities of Service coalition cities that are committed to engaging volunteers to affect measureable positive change.

Impact volunteering has helped us make a transformative difference in Flint, and I encourage mayors and leaders in cities around the country to utilize their most precious resource—their citizens.

Dayne Walling is serving in his second term as mayor of Flint, Michigan. Flint was one of 23 U.S. cities to receive a Cities of Service Impact Volunteering Fund grant in 2013, funded by Bloomberg Philanthropies. These awards help cities  implement initiatives that solve critical local issues through impact volunteering. Cities of Service is a bipartisan coalition of more than 180 mayors representing over 51 million Americans who have committed to using impact volunteering to address pressing local challenges. For more information about Cities of Service, visit citiesofservice.org. You can follow Flint’s progress and Mayor Walling’s work at twitter.com/MayorWalling.