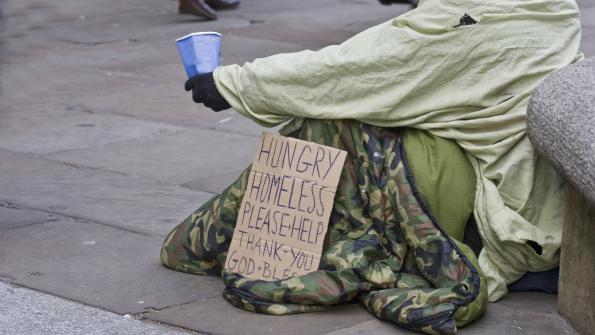 By using a “Housing First” approach, Phoenix has found homes for all 56 of its homeless veterans

Phoenix declared it is the first city in the nation to eradicate the problem of chronic veteran homelessness.

On Dec. 19, Phoenix mayor Greg Stanton announced that all previously identified chronically homeless veterans in the city are now housed, according to local paper The Republic.

“This milestone accomplishment is the result of will, strategy and perseverance,” Stanton said in a statement. “We set about this challenge as team with a united purpose, and, as a result, Phoenix can take its place as role model city for gratitude and care towards veterans.”

Phoenix accomplished the feat by using a “Housing First,” initiative – moving individuals into government and non-profit owned housing and then providing them with services to get back on their feet, according to The Republic.

Although housing was the first priority, the effort wasn’t simply about putting roofs over heads, said Stanton. By providing homeless vets with what he called “permanent supportive housing,” Stanton said these individuals will have help, including access to treatment for mental health issues as well as substance abuse, to ensure they won’t end up back on the streets.

“It is all about partnerships – working as a team.” Stanton said during an interview on MSNBC. In particular, partnerships with those in the non-profit housing industry helped in the city’s success. Other partners, according to city materials, included the Arizona Coalition to End Homelessness, the Phoenix VA Health care System, the Arizona Department of Veteran Services, the Arizona Department of Housing, The United Way and others.

Phoenix’s push is part of a broader national campaign to end chronic homelessness among veterans by 2015. Federal officials say they are well on the way to achieving this goal, according to The Washington Post.

Citing numbers from The Department of Veterans Affairs, The Washington Post reports homelessness among veterans has declined by 24 percent since 2010, but counts suggest there are still around 57,849 homeless vets nationwide.

But declining numbers and the problem’s prioritization in places like Phoenix, Salt Lake City and Philadelphia have federal leaders optimistic. “We are on the right track in the fight to end homelessness among veterans,” U.S. Department of Veterans Affairs' Eric Shinseki said in a statement. “…we’re not going to rest until every veteran who has fought for America has a home in America.”