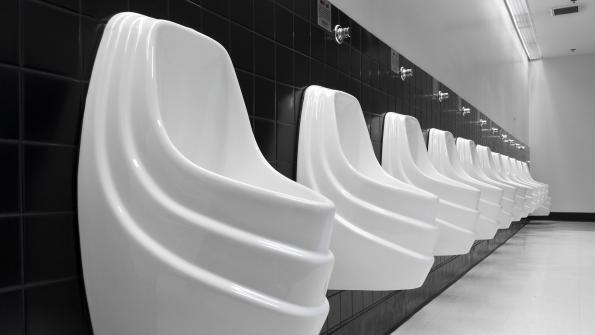 The EPA has determined that non-water urinals, such as Falcon Waterfree urinals, should be considered equally eligible as all other WaterSense-labeled products for participation in water conservation guidelines, specifications, and purchasing guidelines.

The United States Environmental Protection Agency (EPA) has determined that non-water urinals should be considered equally eligible as all other WaterSense-labeled products for participation in water conservation guidelines, specifications, and purchasing guidelines.

Since the program's inception in 2006, WaterSense and its partners have helped communities, organizations, and individuals learn more about why it is important to save water and how to take easy steps to be part of the solution. WaterSense, a partnership program by the U.S. Environmental Protection Agency, seeks to protect the future of the U.S. water supply by offering people a way to use less water with water-efficient products, new homes, and services. For more information on the program, go here.

Under the WaterSense program, eligible products such as low-flow urinals and toilets are evaluated and can receive a WaterSense label to differentiate them as using less water than other products in the same category. However, the EPA WaterSense program lacks a separate category for non-water using products like waterless urinals that completely eliminate water usage. To remove any confusion on the topic, the EPA acknowledges that "waterless urinals by design, are inherently water efficient" and should be considered as "equally eligible" as WaterSense-labeled products for inclusion in water conservation incentives, rebates, purchasing decisions, and building specifications.

In a 2011 memorandum to WaterSense program partners, James A. Hanlon, former EPA Director of Wastewater Management, wrote, "EPA recognizes that non-water urinals which meet the applicable ANSI and ASME standards are inherently water-efficient. Decision-makers should consider including non-water urinals as equally eligible for the same rebates, tax incentives, procurement guidelines, and other conservation incentives as WaterSense labeled products.”

The company has worked to gain plumbing code approval and has initiated water conservation programs aimed at replacing flush urinals that use billions of gallons of fresh water daily. Sang noted that "Falcon Waterfree products and involvement in water conservation efforts worldwide share the EPA WaterSense goal of promoting more efficient use of water."

The company has manufacturing facilities in six countries and offices and affiliates in more than 50 nations. Its products are in use around the world in stadiums and arenas, schools and universities, airports and commercial and institutional facilities.