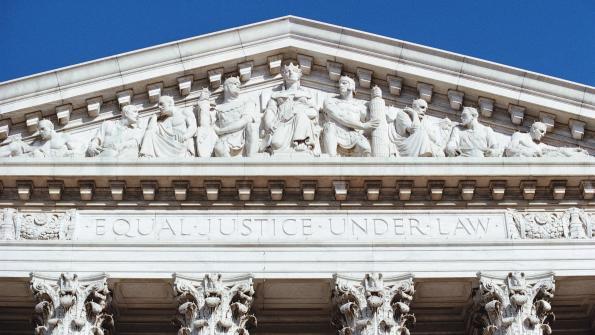 A jury found five of six former Bell, Calif., council members guilty of some of the corruption charges against them. Former city manager Robert Rizzo and his assistant, Angela Spaccia, will be tried later this year.

On Wednesday, a jury found five of six former Bell, Calif., council members guilty of some of the corruption charges against them. Luis Artiga was found not guilty of 12 counts of misuse of public funds. Former city manager Robert Rizzo and his assistant, Angela Spaccia, will be tried later this year.

"Today marks the beginning of a new dawn for Bell and its residents," said Bell Mayor Ali Saleh in a statement. "We are very pleased with the outcome of today's court decision."

Bell's new leadership has worked to bring transparency to the city government. At the beginning of the year, the city unveiled a new website focused on making operations more accessible to the public. Through a transparency tab on the site, residents can access the city budget, financial statements, investments, employee salaries and the city's electronic checkbook. The site can be translated into 64 languages using the Google Translator button. "The new City of Bell website launch is an important tool in our effort to move the city forward and enhance transparency to City Hall functions," Saleh said. The city also has started to hold quarterly town hall community meetings.