Sometimes, local government is about matters of taxing, public safety and budgets. Other times, though, it's about really important issues — like keeping the streets clean. 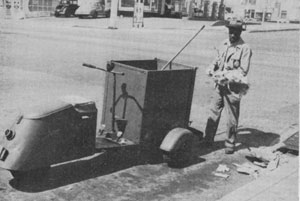 Sometimes, local government is about matters of taxing, public safety and budgets. Other times, though, it’s about really important issues — like keeping the streets clean. The topic got the full treatment in the January 1951 edition of The American City with a report on “Elements of Good Street Cleaning.”

The article emphasized the importance of street cleaning. “A city with clean, well-kept streets is invariably a city with clean government and a responsible citizenry.” 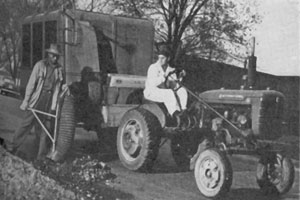 The piece went on to explain the various classifications of street cleaning, no easy matter. For example, there was the “beat patrol” — basically a worker with a push broom and a cart. The worker patrols a definite “beat,” hence the name.

Another street cleaning classification was “gang sweeping.” Again, the name describes the job, with several cleaners working together. Officials in San Diego added a new wrinkle when they assigned each worker a small motor-scooter with a cart attached to it. 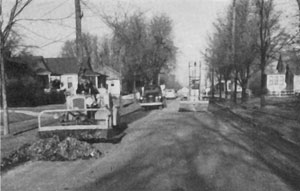 The article addressed best practices of street cleaning, such as how often a city’s streets should be swept and how much it should cost. Then there was the matter of equipment, ranging from ordinary tractors to a giant vacuum-like device to suck up leaves in Schenectady, N.Y.

Whew, who knew street sweeping was so complicated?