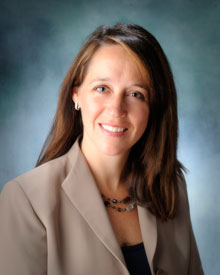 Cleveland-based Eaton Corporation has announced that Staci L. Kroon has been named president – Automotive, North America Division, reporting to Ken Davis, president – Vehicle Group, effective January 1, 2013. Kroon, most recently senior vice-president and general manager for Eaton’s Commercial Vehicle Transmission business, will be based in Marshall, Mich. She succeeds Jake Hooks who will retire from Eaton on March 1, 2013. A search for Kroon’s successor is underway.

“Staci’s success in key roles at Eaton combined with her substantial experience in automotive and truck markets make her uniquely qualified to lead our North American team,” said Davis. “We are pleased to have such a talented individual leading this important region.”

Davis continued, “On behalf of Eaton, I want to thank Jake for his outstanding contributions during his career with the company. He’s been instrumental in helping structure the automotive business into what it is today. Under Jake’s leadership, our North American automotive business remained profitable during the 2009 economic downturn. Jake has also positioned the business for substantial growth with key customer wins in the Variable Valve Lifter, Supercharger and Valve product lines. We wish him the very best in his retirement.”

Hooks began his career with Aeroquip Corp., as a product engineer in 1978 and joined Eaton in 1999 as vice president and general manager of the Global Hose Division. He was named to his current role in 2009.

Eaton Corporation is a diversified power management company with more than 100 years of experience providing solutions that help its customers manage electrical, hydraulic and mechanical power.