What to expect as FY2012 winds down

Govpro asked John Heath, senior counsel in the government contracts practice at the Washington office of the McKenna Long & Aldridge law firm, what we can expect as the federal fiscal year-end approaches.

It’s just around the corner. The 2012 federal fiscal year draws to a close on Sept. 30. As the curtain comes down on FY2012, federal government agencies will be focused on spending the remainder of their annual budgets. This can create a use-it-or-lose-it situation for government buyers, contracting officers and administrators, who have to spend their agency’s budgeted money by the end of September or lose it forever. The end of the federal fiscal year can be a busy time for government agencies, as well as for vendors who hope to land government business.

Govpro asked John Heath, senior counsel in the government contracts practice at the Washington office of the McKenna Long & Aldridge law firm what we can expect as the federal fiscal year-end approaches.

Govpro: How is the end of FY2012 shaping up for federal purchases and acquisitions? 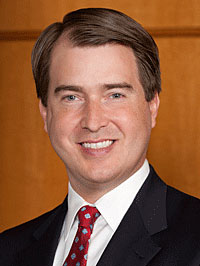 John Heath: Given the relatively few number of working days on Congress’ legislative calendar prior to Oct. 1 and the fact of a highly contentious election in November, the Congress will not likely agree to the fiscal year 2013 appropriations prior to the start of the fiscal year. More likely, the Congress will pass a continuing resolution, or CR, to continue funding the executive branch agencies at fiscal year 2012 levels or lower. The likelihood of a CR introduces uncertainty into the plans of federal program managers, who coordinate their projected purchases with the funding requests they submit in the previous spring and summer as part of the annual president’s budget request build. If the level of funds planned for are not available in the new fiscal year, then federal program managers will have to rethink their projected purchases.

That said, federal agencies may try to accelerate purchases before the end of the fiscal year in certain instances. For example, if federal program managers have large unobligated fund balances, particularly of funds that are set to expire at the end of fiscal year 2012, then those managers may attempt to increase purchases and obligate funds prior to Oct. 1. Additionally, federal agencies may seek approval from Congress to reprogram funds from underperforming or less important programs into higher priorities, particularly if funds for these lower priority programs are set to expire. If a reprogramming action is approved, then that federal agency may push through last-minute acquisitions.

Govpro: Are there any vendor strategies that can boost federal sales as the end of the federal fiscal year approaches?

JH: If vendors have the flexibility to increase production rates and/or accelerate deliveries of purchases to federal agency customers, then they may be able to boost sales by accommodating federal program managers’ desire to obligate prior-year appropriated funds before the change in fiscal year.

Govpro: What is the status of military purchases as the end of the fiscal year approaches?

JH: Regarding Department of Defense programs, defense agencies will absolutely attempt to push through last-minute acquisitions. The best evidence of this are the large omnibus reprogramming requests that the Undersecretary of Defense (Comptroller) typically send over to Capitol Hill during the summer months in hopes of getting the funding shifts approved before the change of fiscal year. These reprogramming requests seek to fund high-priority acquisitions for the services, defense agencies or combatant commands. Often, the level of funding for these high-priority acquisitions, previously requested in the annual President’s Budget Request submission, turns out to be insufficient. Sometimes, the defense agencies or combatant commands want to accelerate the development of a program or increase the order quantity, both of which require additional funds. Often these reprogramming requests seek funding and congressional permission for “new start” programs that were not in the administration’s previous budget request at all.

The funding sources for these high-priority programs come from lower-priority or underperforming programs. Many times, defense agencies will look for appropriated funds that are not likely to be obligated before the end of the fiscal year and are set to expire at the end of the fiscal year. These appropriated funds will “pay for” the department’s last minute “wish list” if Congress approves.

Go here for the views of Yoav Ziv, vice president of marketing at San Jose, Calif.-based Realization, on federal purchasing activity as FY2012 draws to a close. Mark Amtower comments on vendor strategies at the end of FY2012 here.