Georgia finishes a strong No. 3 for low spending among states

The latest calculations from Govpro have placed Georgia at No. 3 among the states in lowest per-capita spend on government. 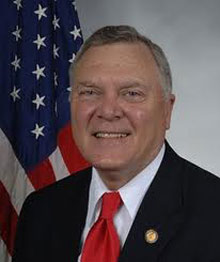 Govpro’s latest calculations have placed Georgia at No. 3 among the states in lowest per-capita spend on government. The Peach State’s chief state executive, Gov. Nathan Deal, commented on Georgia’s strong showing in a statement. “Georgia’s tax dollars are guarded zealously, and I’m working with our legislature to keep state government small, but efficient and customer-friendly.

“It’s my goal to make Georgia the No. 1 place in the nation to do business. A smaller government taxes less and regulates less. We want every Georgian to have access to good or better jobs because our business climate makes that possible,” said Gov. Deal.

Govpro compiled data on state government per-capita spending from six sources to produce the ranking. A variety of other spending statistics sources were consulted in the process. Go here for a list of the top five finishers in lowest per-capita spending. This link takes you to a list of states ranked No. 6 through 10.

Political candidates have weighed in on Govpro’s 2012 state per-capita spend ranking. “After reading the article and seeing you found that Illinois was one of the lowest per capita spenders…really?” said Mark Hopp, who is running in the 2012 elections for the office of county commissioner in Alamance County, N.C.

“I understand numbers can be slightly variable, but according to the Institute for Truth in Accounting (TIA), Illinois has the fourth highest per capita debt in the nation…I’m wondering where all the money is being funneled?” asked Hopp. This document, said Hopp, “The Financial State of the States,” has more details.

Hopp said it was also interesting that the Govpro 2012 ranking portrays Wyoming and Alaska as big-spending states. “Yet,” says Hopp, “the TIA has those two as the top two surplus states.”

To order a spreadsheet (in PDF) with per-capita spending ranked for all 50 states plus more analysis, go to:
here or
here.