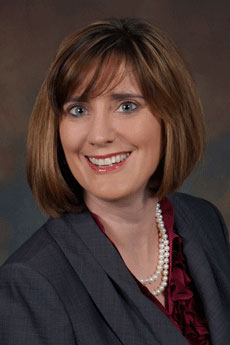 Both the General Services Administration Inspector General (GSA IG) and the House Transportation Subcommittee on Economic Development, Public Buildings and Emergency Management Subcommittee are launching investigations into potential inappropriate government spending by the GSA, this time regarding a one-day awards ceremony held near Washington, for which the agency spent nearly $270,000.

In response to reports and investigations on excessive GSA government spending at earlier events, Acting GSA Administrator Dan Tangherlini has cut executive bonuses and instituted a hiring freeze across the agency. Additionally, Tangherlini has consolidated oversight of conference and travel expenses in the new Office of Administrative Services.

One web activist hub speculates that the reason GovEnergy got the ax is because it was slated to take place in the home state of Sen. Claire McCaskill, D-Mo., who has been investigating GSA bonuses paid to employees and other potential misconduct. The senator is the chair of a Senate sub-committee that investigates contracting abuses throughout the federal government.

Are there tools that GSA and other agencies can use to rein in inappropriate government spending? According to Sabrina Stover, CEO of BidSync, the answer is Yes. “Approval workflows can address this issue — both from the issuing of the purchase order (blanket or a one-time order) as well as paying the invoice,” she says. “Approval workflows allow for appropriately designated individuals, such as managers, to approve purchases.”

American Fork, Utah-based BidSync connects a network of vendors and suppliers to agencies and organizations in need of products and services with its BidSync eProcure and Builder solution and its BidSync Links and Links PLUS bid notification services. The e-procurement firm connects hundreds of agencies and more than 700,000 vendors nationwide. Its SaaS systems help manage spending through automating, consolidating and centralizing procurement information and processes.

One of its newest installations is at the Superior Court of California in Riverside County. The court is implementing an online purchasing program by deploying the BidSync eProcure system. The setup will manage the court’s bids and RFPs.