What states spend the least per-capita on government? Part 2

Govpro's latest ranking of states in per-capita spending showed a geographically diverse group of states among the top 10 finishers. 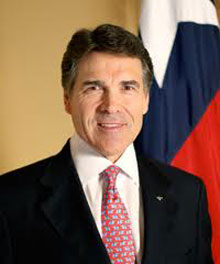 Govpro’s latest ranking of states in per-capita spending showed a geographically diverse group of states among the top 10 finishers. Go here for the Top Five finishers in lowest per-cap spend on government. The states ranked six through 10 are: New Hampshire, Arizona, Indiana, Utah and Nebraska.

“Texas prides itself on an efficient government that gets the most possible benefit out of every taxpayer dollar,” Texas Gov. Rick Perry told Govpro in a statement. “Through incentive programs like the Texas Enterprise Fund (TEF), Texas Emerging Technology Fund and Texas Moving Image Industry Incentive Program, we’re creating jobs, cultivating innovation, bringing new tools to the marketplace and showcasing Texas’ talented workforce. To date, TEF has invested more than $442.2 million and closed the deal on projects generating more than 60,700 new jobs and more than $15 billion in capital investment in the state. We remain committed to living within our means, an approach that keeps taxes low and has helped us create an economic environment that consistently ranks at the top in national surveys.”

Governments need to spend tax dollars wisely, says David Patti, president and CEO of the Harrisburg, Pa.-based Pennsylvania Business Council. “In these budget-conscious times, corporations seek to remain, relocate to, and expand in political jurisdictions that are frugal with tax dollars. Low per-capita spending is a good indicator of fiscal responsibility, but it doesn’t tell the whole story. Like any purchaser of goods and services, corporations must understand the value proposition offered by the jurisdictions in which they locate. Low spending loses its luster if workers are uneducated, if roads are impassable, if sewers are inadequate, or if permits and approvals are delayed. Government must not only be efficient, but effective.”

It should be noted that the Keystone State finished strongly in the top half of the 2012 Govpro ranking of states in per-capita spending.

As site location consultants, businesses and taxpayers measure efficiency in government, they should keep in mind that different state governments do different things, says Mark Robyn, an economist at the Washington-based Tax Foundation. “New Hampshire is known for being a very-small-government state, whereas California is a very-high-government state, so you would expect the per-capita spend to be different in those states. It’s not necessarily a reflection on each state’s efficiency, of how efficient they are with their spending. It’s just a reflection of how much they spend.”

Robyn noted that New Hampshire (ranked six in Govpro’s 2012 list of states in lowest per-capita spending voters are known for not asking a lot of their governments — they do not expect or want their governments to perform or deliver a lot of services. California, on the other hand, is the opposite.

“Whether or not it’s demanded by the public, the California state government does a lot of different things, so the state has a larger government. It may be that California is extremely inefficient in their spending, there may be a lot of waste, but they may also be efficient, and the total dollar amount spent doesn’t necessarily tell you that,” Robyn told Govpro.

The Tax Foundation works to educate taxpayers about sound tax policy and the size of the tax burden borne by Americans at all levels of government. The foundation got its start in 1937.

In part 1 of this report, a list of finishers 1 through 5 in states with lowest per-capita government spending was presented.

Check out Govpro’s previous ranking (2009) of the states in per-capita government spending.

Please send comments on Government Product News’ analysis of state per-capita spending to michael.keating@penton.com. To order a spreadsheet (in PDF) with per-capita spending ranked for all 50 states plus more analysis, go to: americancityandcounty.com/2012-state-government-per-capita-spending-ranking-analysis