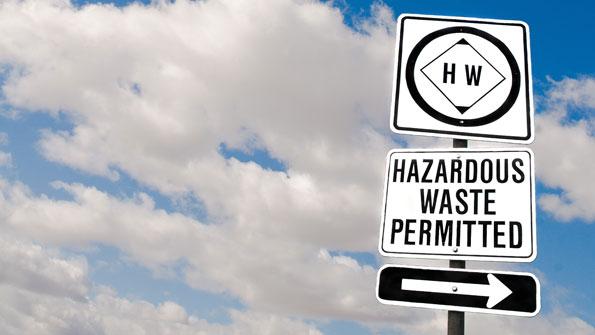 Contracting for the disposal of hazardous waste can be a daunting challenge. Hazardous waste can retain its form and characteristics indefinitely and, under certain conditions, migrate from the spot where it was originally placed.

Properly managed, hazardous waste poses little or no threat to the environment. Indiscriminately managed, or not managed at all, it can contaminate drinking water, air and soil, and can kill plants, animals and people. The indiscriminate management of hazardous waste is against the law. Violation of the law can lead to stiff penalties, including imprisonment.

One of the primary reasons we face hazardous waste problems today is that in the past there was no chain of responsibility for waste management. A typical scenario of the past was that a generator hired a hauler who would routinely pick up the waste, place it on his truck, and depart. The destination of the waste was generally of no concern to the generator. The hauler took the waste to a local landfill (municipal or private), where it was deposited. The contents of the truck were equally of little concern to the hauler and landfill operator. Weight, not content, determined how much the landfill operator charged the hauler.

Now the luxury of the generator operator washing his hands of responsibility once it leaves his facility is a thing of the past. Additionally, under the Comprehensive Environmental Response Compensation and Liability Act (CERLA), more commonly known as “Superfund,” designed to clean up the nation’s worst waste sites, if a waste in a dump causing environmental problems is identified as yours, you could be required to pay for part of all of the cleanup of the site. And with the adoption of additional amendments, it is now easier to identify your waste through the “cradle-to-grave” tracking system.

Read the entire story from Government Procurement, our sister publication.