Where teleworking is headed in 2012 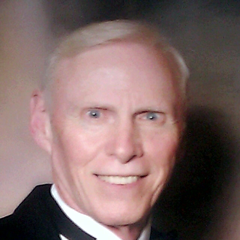 There is no shortage of research on teleworking or telecommuting trends in government. An information technology survey conducted this past November by American City & County (ACC), Govpro’s sister publication, found that 27 percent of respondents worked in government jurisdictions that allowed employees to telework. Almost 200 respondents answered the telework questions in the survey.

In a follow-up question, the ACC survey asked, “Considering the growth of mobile device use and greater broadband features and deployment, do you expect your jurisdiction to allow more employees to telework?” Just 25 percent responded “Yes” to that question, and 75 percent said “No.”

Some of the survey-takers elaborated on their responses, and their comments may shed light on why teleworking may be moving at a slower pace in government. One respondent said, “We have to show the public we are accountable, and that means showing up.” Another respondent said teleworking was available at her agency “Only to accommodate physically challenged or other ‘unusual circumstance’ employees.” One respondent said his agency needed staffers “to be physically at the courthouse,” which prevented working remotely. Other respondents said a small work force limited potential teleworking, or said teleworking was permitted on a case-by-case basis.

Oppermann is an HR & EEO consultant/trainer. He has written on “Supervising in the Virtual Age” (part 1 and part 2) for the FedSmith.com site. He previously served as regional director of personnel for GSA, and advised and represented management in six agencies during his federal career.

“I think the federal Telework Enhancement Act, as well as administration support, will continue to have a positive effect on expanding telework,” Oppermann told Govpro. “There are still barriers to expanding telework in the future. Some of those barriers are technical and/or based on the specific type of job involved and/or the work environment, i.e., where office coverage is an issue. But I think the most significant barriers are attitudinal ones, with a number of supervisors still skeptical, sometimes for good reason, as to whether teleworking employees are accomplishing as much as the ones they can see in the office.”

Govpro will have a follow-up item on teleworking in government. Govpro has written about government agencies’ expanding telework opportunities here.