It may be the season of giving, but drivers in Prosper, Texas, were probably still surprised when they received gift cards instead of traffic tickets from police officers earlier this month. 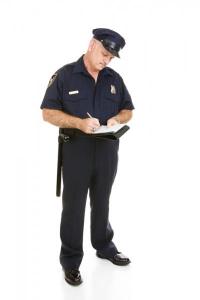 It may be the season of giving, but drivers in Prosper, Texas, were probably still surprised when they received gift cards instead of traffic tickets from police officers earlier this month.

During the Safe Driver Gift Card Program, held from Dec. 12 through Dec. 16, Prosper Police Department officers handed out $10 check cards to drivers who were wearing their seat belts, driving the speed limit and refraining from cell phone use in school zones. Rather than pulling drivers over, the officers approached them in parking lots, mostly focusing on school drop-off zones.

Money for the program came from the police department’s contribution fund, which is raised through community events. The city specified that no tax revenue was used.

“Generally, those who follow traffic rules are almost always rewarded with fewer accidents, no citation and creating a safer environment for everyone,” said Assistant Chief of Police Gary McHone. “However … we will provide an additional reward to some of these law-abiding drivers as a way of saying thanks.”

It turns out the men and women in blue can be just as merry as the man in red.