In early December, the White House announced nearly $4 billion in combined federal and private sector energy upgrades to buildings over the next two years. The investments, part of the president’s Better Building Initiative (BBI), aim to reduce energy costs, help the U.S. gain energy independence, and, according to some estimates, create tens of thousands of jobs in the depressed construction sector. One participant is Bob Hinkle, CEO of Metrus Energy. 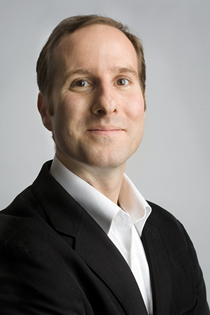 In early December, the White House announced nearly $4 billion in combined federal and private sector energy upgrades to buildings over the next two years. The investments, part of the president’s Better Building Initiative (BBI), aim to reduce energy costs, help the U.S. gain energy independence, and, according to some estimates, create tens of thousands of jobs in the depressed construction sector. The BBI consists of administrative actions, a challenge to the private sector, and legislative proposals.

Through the BBI, some 60 CEOs, mayors, university presidents, and labor leaders have committed to invest nearly $2 billion of private capital into energy efficiency projects. The 60 officials, who are part of the Better Buildings Challenge (BBC), aim to upgrade energy performance by a minimum of 20 percent by 2020 in 1.6 billion square feet of office, industrial, municipal, hospital, university, community college and school buildings. The BBC is the public-private partnership component of the president’s BBI.

One BBC participant is Bob Hinkle, CEO of San Francisco-based Metrus Energy. Metrus develops and finances energy efficiency retrofit and building upgrade projects. The company plans to finance more than $75 million worth of efficiency projects as a BBC financial ally. Metrus will finance qualified projects identified by BBC partners and showcase projects under the challenge to help stimulate greater demand.

Hinkle told Govpro that private sector members of the BBC are displaying a high degree of coordination and cooperation in their BBC work.

“Metrus, like many of our BBC peers,” Hinkle said, “is committed to building an ecosystem where energy efficiency can truly be treated as a resource on par with generation. The necessary ingredients for this type of market paradigm shift are the integrating of innovative financial solutions with proactive public policy, and corporate leaders who are hungry for both economic value and environmental impact.

“That mix is exactly what you see in the BBC, and on a state and local level, it is a recipe for developing energy efficiency into an engine for economic growth and job creation,” said Hinkle.

State and local governments can help the BBC succeed in a variety of ways, Hinkle said. “Metrus’ goal is to see energy efficiency treated as a resource, and for that to happen, state and local governments can play a powerful role in leveling the playing field versus other renewable resources. As the BBC demonstrates, private capital is eager to invest in energy efficiency as an asset class.”