EPA says fracking may have polluted groundwater in Wyoming

Preliminary finding is first time agency has made such a ruling.

The U.S. Environmental Protection Agency (EPA) announced last week that “fracking,” a controversial technique that entails pumping highly pressurized water into underground oil or natural gas deposits to brings those substances to the surface, may be the cause of groundwater contamination in Pavillion, Wyo. According to the Associated Press (AP), the preliminary finding is the first time the agency has ruled that fracking — which is short for “hydraulic fracturing” — could be the cause of groundwater pollution.

The ruling also “has major implications for the vast increase in gas drilling in the U.S. in recent years,” AP adds. “Fracking has played a large role in opening up many reserves.”

However, EPA is emphasizing that its findings “are specific to the Pavillion area,” AP notes. “The agency said the fracking that occurred in Pavillion differed from fracking methods used elsewhere in regions with different geological characteristics.”

EPA will now place its finding up for public and scientific review. “EPA’s highest priority remains ensuring that Pavillion residents have access to safe drinking water,” said Jim Martin, EPA regional administrator in Denver, according to AP. “We look forward to having these findings in the draft report informed by a transparent and public review process.” 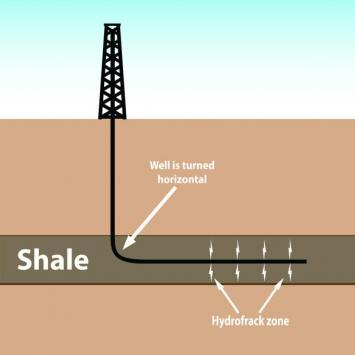 The oil and gas industries have insisted that fracking poses no environmental threats, while environmentalists — as well as some local governments and many residents who live near fracking sites — claim otherwise, saying the technique can poison surrounding groundwater supplies with chemicals.

EPA officials first arrived in Pavillion, which has less than 200 residents, in early 2010 to test private water wells. In September of last year, EPA issued information requests to nine natural gas service companies as part of a scientific study it is conducting to determine whether fracking has an impact on drinking water and the public health of people who live near fracking wells. The initial results of the study are expected in late 2012.