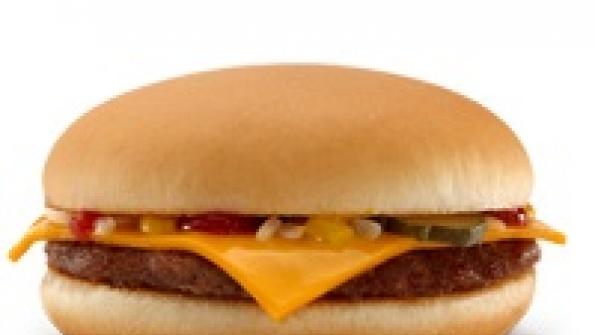 San Francisco not so happy with McDonald’s maneuver

Despite Board of Supervisors efforts, children dining at McDonald’s restaurants in San Francisco still will be able to take home a toy with their next Happy Meal.

Despite Board of Supervisors efforts, children dining at McDonald’s restaurants in San Francisco still will be able to take home a toy with their next Happy Meal.

San Francisco’s Healthy Food Incentives Ordinance went into effect on Dec. 1, banning free toys and other “incentive items” from children’s meals that don’t meet set nutritional standards, such as containing less than 600 calories and less than 35 percent of calories from fat. It could have meant the end of toy-included Happy Meals in the city, except that the fast-food chain found a creative solution: It will charge 10 cents for the incentive item and donate the proceeds to the Ronald McDonald House charity. Burger King quickly followed, announcing that it will be charging the same amount for its toys.

“While we will fully comply with this law, we also have a responsibility to give our customers what they want,” Danya Proud, a spokesperson for McDonald’s, said in a statement. Earlier this year, certain McDonald’s restaurants began reducing the serving size of french fries and offering apples and low-fat milk in its kids’ offerings, yet the meal-in-a-box still didn’t meet the nutritional standards set under the ordinance.

According to an Associated Press article, San Francisco was the first major city to implement such an ordinance. The ban, however, is similar to one passed in Santa Clara County, Calif., in 2010.

Eric Mar, who sponsored the San Francisco ordinance, told the AP that he didn’t plan to make any changes to combat McDonald’s actions.