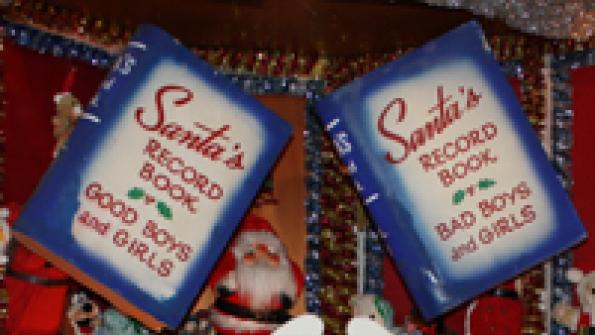 St. Charles, Mo., has determined that its sugar plum fairy isn’t quite sweet enough. City officials decided not to rehire the actress who has played the holiday character for the past six years after she cursed during a drug test required of all municipal employees.

Every year, St. Charles puts on the Christmas Traditions festival, a nearly month-long holiday celebration that includes breakfast with Santa, a marshmallow roast, displays, a parade, a tree lighting and carolers. The city takes the event seriously and even has a Christmas Traditions Code of Conduct that all participants must follow.

The city also requires that employees, including the sugar plum fairy, take a drug test. While the actress, Laura Coppinger, was at a city building doing just that, she accidentally flushed the toilet, which is prohibited, and was told she would have to produce another sample, according to the St. Louis Post-Dispatch. Upset that she was going to miss a job interview, Coppinger cursed, violating the “Christmas Characters Don’t Know Naughty Words” section of the conduct code. Shortly thereafter, she was told to leave, and the sugar plum fairy was removed from the list of characters that include the Ice Queen, Jack Frost, the Reindeer Flight Instructor and World War II Santa.

The events have upset some residents and festival-goers, with a few creating Facebook pages, such as Bring Back the Sugar Plum Fairy. Coppinger also has made efforts to get her job back. And one local business even held Hunger is a Naughty Word Food Drive to show support for the former fairy and to provide food for a local pantry.

The city, however, is standing behind its decision. Mayor Sally Faith released a statement saying, “All of us involved with the Christmas Traditions festival appreciate her participation in previous years, and likewise, we were looking forward to having her back again this year. However, given her excessively inappropriate behavior and language at the drug testing facility and actions following this process, the city has made the right decision in not rehiring this former cast member.”

While the sugar plum fairy won’t be flitting down Main Street this year, two businesses have offered to hire Coppinger to play another character at their shops. With Santa nearby, perhaps she’ll be on her best behavior until Christmas.