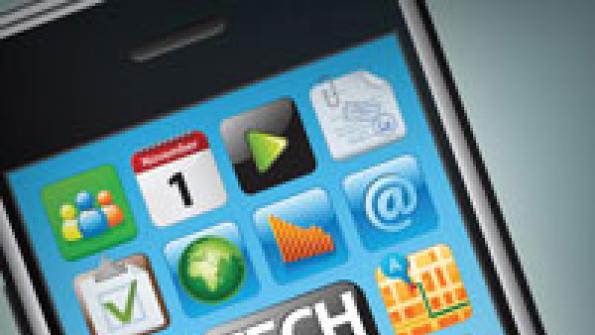 From apps to the cloud, reader survey shows where technology is headed.

American City & County and the Public Technology Institute surveyed a broad base of subscribers to determine the state of IT among local governments across the nation. The response rate was healthy, with 68.2 percent coming from municipalities and 25.1 percent from counties. Given the ever-changing IT environment, we asked a series of questions about new trends, including cloud computing, app development, and mobile device ownership and use. 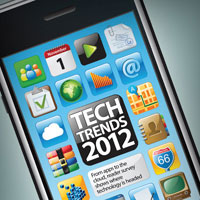 One welcome surprise were the results to the question regarding IT spending, especially considering the negative effects that lower revenues have had on local governments. More than 78 percent of the respondents said that their IT spending for the coming year would be either the same or up from the current year. In addition to being encouraging news to other local governments, the response indicates that most communities’ spending may have already hit bottom. Of those who said that IT spending would be the same or higher, 3.5 percent said that their spending would be significantly higher, and 27.2 percent said that spending would be up. The fact that 18.8 percent claimed that their budgets would be down from the current year is evidence that not everyone has reached bottom.

It is often assumed that public safety gets the most budget support in downturn cycles, but our survey shows a different story. When asked which areas most new IT spending would go toward, 62.5 percent said that it would be across the board, followed by public safety (25 percent) and then general infrastructure (22.9 percent). Public works, surprisingly, was at the bottom of the list (5.2 percent). People tend to overlook the fact that public safety operations often receive special funding through state and federal grants and contracts, thus giving the impression they receive a disproportionate amount of funding.

Cloud computing is one of the areas rapidly changing in IT management. Unfortunately, the definition of cloud computing continues to morph and change quickly. We asked a general question about cloud computing: “Has your organization discussed or evaluated cloud services or migrated some of your IT services to the cloud in the past 12 months?” Despite strong promotional efforts from vendors, we were surprised to see 42.5 percent answering “No,” and only 38.5 percent responding “Yes.” Almost 20 percent said they were not certain, which may explain why the results were lower than expected. Still, this survey shows a much greater interest in cloud computing compared to a similar question PTI asked about three years ago, when 80 percent of those respondents said they were against moving to cloud-based services. Just seven months ago, another PTI survey showed many top technology staff saying “Show me the way!” Further analysis showed that actual cloud computing experiences had addressed many earlier concerns, and that extreme downward budget pressures accelerated the change.

We used this survey to learn to what extent the respondents’ workforces used mobile devices as the primary means of performing their jobs. The results showed that 56.5 percent of respondents had less than 45 percent of their workforce as primarily mobile, and 43 percent responded that between 45 percent up to 100 percent of their workforce conducts their jobs primarily using mobile devices. We can conclude from the overall responses that a substantial number of city and county workers are becoming mobile.

With the mobile force growing over the years, we wanted to learn more about the use of telework in local governments. The federal government has promoted the concept and requires all federal agencies to develop policies and offer guidance. Despite the discussions about how telework might work in local government, a solid 73 percent of the respondents said that their agency did not allow telework, compared to only 27 percent that said they did. Even when we noted in a follow-up question the fact that more employees have smart phones and access to broadband, about the same percentage of respondents did not predict a change in the policy.

PTI has heard that many public managers have expressed concern about implementing a formal telework program. The reasons offered focus primarily on inadequate polices, lack of consistent or robust broadband service, fear that telework employees may not be properly monitored, and the difficulty in determining who might be the best candidates for telework. Most said that, given the obstacles, they would rather simply stay out of this area as opposed to picking and choosing. The same group we spoke with indicated that in the next few years, they may evolve toward a telework strategy.

PTI has noticed a new trend where localities are no longer supplying mobile devices (mostly smart phones) and requiring employees to use their own with city or county support through a partial reimbursement. As a result of the policy change, workers say they prefer carrying one device, rather than the agency’s device plus their own personal unit.

Despite the early-adopters, the American City & County/PTI survey results showed a solid 76.3 percent saying they continue to supply mobile devices. Only 11.1 percent said they are requiring their employees to purchase their own devices, and 3.7 percent said they may do so to select workers in the near future.

How apps are evolving

The term “consumerization of technology” has been used to describe some rather powerful mobile devices that are nothing short of hand-held computers with amazing functionality. The growth of smart phones continues to grow by more than 30 percent a year. With rapid growth in mind and to better connect with residents, many localities are building or using what is referred to as phone applications or simply “apps.” For those respondents to our survey who offer mobile apps, about 53 percent said they are being used for reporting infrastructure problems, followed by 43.1 percent for residents wanting city hall access. Other categories of apps include traffic updates, zoning and land use, transit schedules and routes, and economic development. When asked whether the locality was planning on using mobile apps in the future, about 40 percent said “Yes” or “Maybe,” and 19.8 percent said “No.” It should be pointed out that a rather large group (33 percent) said they were not sure.

Generally, when justifying an IT cost, we have generally found expensive items referred to as investments rather than the more negative word, expenses. The survey asked whether IT spending was ultimately considered either an investment, spending to achieve greater efficiencies, or a necessary expense. Because respondents could check all responses that applied, about 65 percent said that IT is ultimately considered either a necessary expense or to achieve greater efficiencies, with about 42 percent saying they viewed IT spending as an investment aimed at saving money in the longer term.

With several interesting key findings, including that IT spending is not declining for the majority of respondents, Tech Trends 2012 has helped establish a new baseline for continued study. Certainly between the continuing adoption of cloud computing along with the growth of smarter mobile devices, it will be interesting to follow the development of IT governance at the local levels of government.