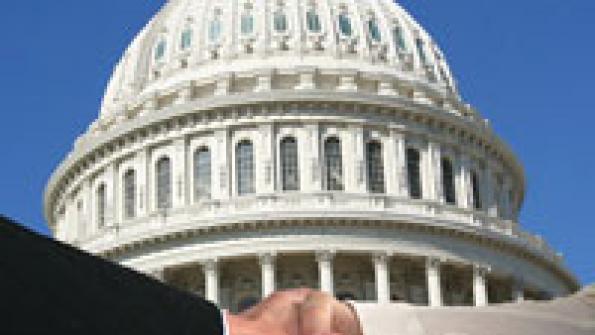 Local governments are watching the Congressional Joint Select Committee on Deficit Reduction, aka the "super committee," with concern. 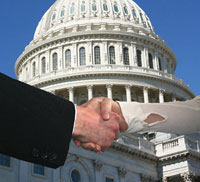 The Congressional Joint Select Committee on Deficit Reduction, aka the “super committee,” is now in session, and local government representatives are watching the developing situation with concern. Some observers are cautiously optimistic, while others worry that the relationship between federal and local governments will be deeply scarred.

The super committee was created as a result of the debt ceiling agreement Congress reached in August after more than a month of partisan deadlock over how to address the nation’s growing debt. The agreement required an initial reduction in federal spending of $917 billion over 10 years, according to the Washington-based National Association of Counties (NACo). The super committee has been tasked to identify additional future spending cuts of $1.2 to $1.5 trillion, for a total of around $2.4 trillion, by Nov. 23, with a final vote to be held in Congress by Dec. 23. If the committee fails to cut at least $1.2 trillion, cuts will automatically go into effect across multiple departments to make up the amount.

During a meeting in October with representatives of the Washington-based National League of Cities (NLC), committee members’ staffers were optimistic a deal would be reached, says Leslie Wollack, program director for NLC’s Office of Federal Relations. “[The staffers feel like] the committee members recognize that we’re on an unsustainable path and that changes have to be made, although they gave no indication of what we could expect,” Wollack says.

On the other hand, the publicly released Democrat and Republican positions seem to remain basically the same, says NACo Executive Director Larry Naake. “So, it doesn’t look like they’re making any progress, at least publicly,” he says.

NACo and NLC are particularly concerned about cuts to federal programs that benefit state and local governments, such as the Community Development Block Grant program, public safety and transportation grants, and other funds found in discretionary spending.

Furthermore, Naake is concerned that the kind of federal policy that benefitted local governments in the stimulus act and health care reform bill may be a thing of the past. “We’re on the chopping block. The whole relationship between the federal government and state and local governments is changing dramatically,” Naake says. “There’s almost the politics of abandonment.”

The members of the Congressional Joint Select Committee on Deficit Reduction are:

The committee’s progress can be followed at www.deficitreduction.gov/public.