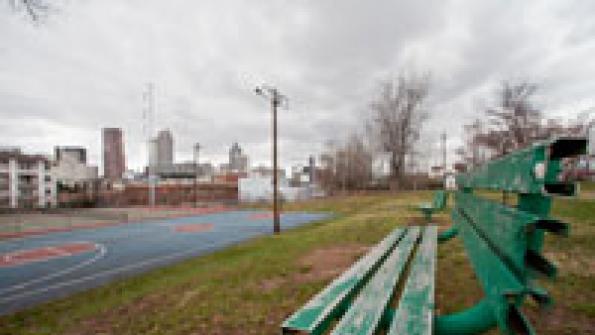 Many parks and recreation departments have watched their budgets shrink as the recession has forced local governments to cut spending. To survive financially, they are pursuing alternate sources of funding, from corporate sponsorships and user fees to new programming.

Fifty-three percent of the 679 members that responded to a 2009 survey by the Ashburn, Va.-based National Recreation and Park Association (NRPA) said they had laid off workers or imposed hiring freezes in the previous five years. Forty-three percent had cut spending for maintenance, such as grounds keeping and mowing, and 47 percent had cut capital expenditures such as land acquisitions and equipment.

To make up for lost revenues, many parks are pursuing corporate sponsorships. Others are working with groups like the YMCA to share facilities and provide more programs, says NRPA Research Manager Bill Beckner. Traditionally, YMCAs offer the same kinds of recreation facilities and activities as public parks and may be seen as competition, Beckner says. But, when parks began losing funding in the 1990s, partnerships with groups like YMCA became more common. “In reality, it’s [the city’s] job to provide parks and recreation opportunities, and it shouldn’t matter whether it’s being provided by a private sector entity, nonprofit or church,” Beckner says.

The Kannapolis, N.C., Parks and Recreation Department works with the YMCA for youth sports programming like soccer, says Park Director Gary Mills. “The advantage is that it’s an expense that we don’t have to incur,” he says. “We’re able to take the limited resources that we have and focus them on the park facilities and keeping them safe and operational.”

Parks also are imposing more fees for the use of facilities like ball fields, expanding their instructional programming and hosting more events for which they can charge admission, Beckner says. The Wichita, Kan., City Council cut the parks and recreation budget by $1 million for fiscal year 2011, down from about $21.6 million the year before, says Karen Holmes, superintendent of recreation. To raise revenues, Wichita’s recreation center directors developed new programming, including lessons in guitar, Spanish and writing resumes.

As a result, the recreation centers gained 800 new patrons and $52,000 in new revenue, Director of Park and Recreation Doug Kupper reported to the Wichita Board of Park Commissioners meeting in May. “We’re being asked to operate as a business, which brings more creative talent out of our center directors,” Holmes says. “It’s a new way of thinking.”