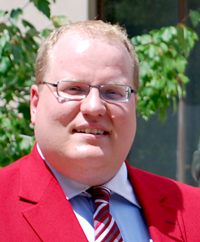 Governments are spending taxpayer dollars, and government procurement officials have a duty to ensure that those dollars are spent wisely, Pavelek says. “Spending money with small businesses owned by military veterans — folks who have volunteered to serve our country and earned intangible skills like leadership, dependability and honor — instills confidence in government purchasing agents that they’re upholding their duty to American taxpayers.”

Pavelek notes that Congress and other levels of government have taken steps to aid former military personnel. “Public Law 106-50 requires the federal government to spend 3 percent of all contract and subcontract award dollars with veteran-owned firms. In addition, many state and local governments have implemented similar legislation.” His group’s State Tracker shows opportunities available to VOBs in each state.

It always makes sense for governments to issue contracts to qualified veteran-owned firms, Paveleksays. “There’s really no time better than the present to support our nation’s former servicemen and servicewomen.”

NaVOBA, a membership organization, works to create opportunities for America’s veteran-owned businesses. Its web site notes that “more than 3 million men and women who have defended our nation’s freedoms by serving in America’s armed forces have made the choice to start their own small businesses after their military service. We call them vetrepreneurs.” The organization urges VOBs to register their businesses at this site.

NaVOBA has a team of experts that can assist VOBs on finance, healthcare coverage, legal, human resources, public relations, bonding, government contracting, compliance and other issues.

Vetrepreneur is a NaVOBA members-only magazine. The publication has tips and advice from small business experts and information on opportunities available to VOBs.

Govpro has written about NaVOBA and its national spokesman, Rocky Bleier,
here. We have profiled VOB-owner Kurt Walker
here.