Solving the federal debt issue cannot be done simply with more cuts to discretionary spending for domestic programs, according to the National Association of Counties. 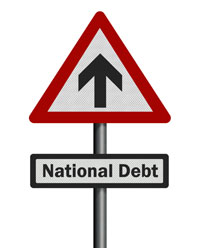 Solving the federal debt issue cannot be done simply with more cuts to discretionary spending for domestic programs, according to the Washington-based National Association of Counties (NACo). On Thursday, NACo President Lenny Eliason sent a letter with that message to the 12 members of the so-called congressional “super committee” tasked to cut billions in federal spending to close the budget deficit by Thanksgiving.

Rather, Eliason, chairman of the Athens County, Ohio, Board of Commissioners, urged the bipartisan and bicameral Joint Select Committee on Deficit Reduction (JSCDR) to exercise a “balanced approach” that includes a revenue increase of some kind. JSCDR is charged with recommending by Nov. 23 at least $1.5 trillion in deficit reduction steps to happen over a 10-year period, in addition to the more than $917 billion mandated by the debt ceiling agreement signed by President Obama on Aug. 2. Congress must vote on the committee’s recommendations by Dec. 23, and if the committee fails to agree on a package or Congress fails to pass it, “trigger mechanisms” would enact $1.2 trillion in automatic spending cuts.

NACo is particularly concerned that Congress will shift costs to state and local governments to “find elusive savings.” “State and local governments, which must balance their budgets annually, will need flexibility in dealing with unnecessary and onerous government regulations and increased mandates, which should be rejected,” Eliason wrote in the letter. “With regard to tax reform, we urge the committee to reject ideas that may limit our ability to seek new revenues in order to balance our budgets and to provide for constituent needs.”

Earlier this year, NACo adopted four principles that Congress and the administration should consider to guide their deficit reduction discussions, Eliason says in the letter. They include:

• The budgetary deficit cannot be solved only by cutting domestic, non-military discretionary programs.
• Deficit reduction should not be accomplished by shifting costs to counties, such as Medicaid reimbursement, imposing unfunded mandates, or by preempting county programs or taxing authority.
• Federal assistance to state and local governments will help mitigate further public-sector layoffs.
• Federal investment in state and local infrastructure produces private-sector jobs.