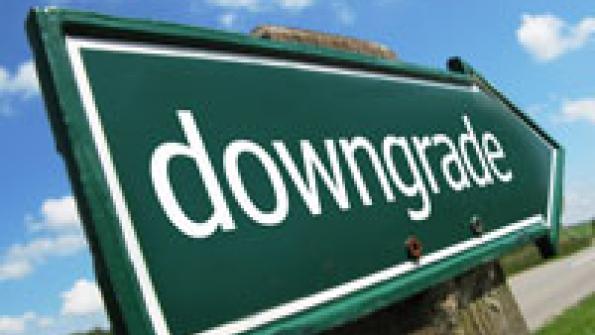 For now, the credit ratings of most cities and counties should be safe despite the downgrade of the federal government's rating from AAA to AA+, and that is the way it should stay, according to the National League of Cities.

For now, the credit ratings of most cities and counties should be safe despite Standard & Poor's (S&P) downgrade of the federal government's rating from AAA to AA+, according to an article in American City & County's sister publication Government Product News (GPN). And, because of inherent differences between federal and local governments' use of borrowed money, that is the way it should stay, according to the Washington-based National League of Cities (NLC).

"S&P hasn't made any changes to current city or state ratings as a result of the downgrade," Ola Fadahunsi, an S&P media relations manager for U.S. public finance, told GPN. "Analysts will reexamine municipal ratings on a case-by-case basis when specific federal funding cuts are announced later this year." Fadahunsi also said debt ratings for state and local governments are reviewed periodically, rather than examined at any one particular time of the year.

S&P downgraded some municipal bonds, according to NLC, primarily those related to conduit bonds that are typically issued for housing agencies, hospitals and school construction, and other specific uses. However, NLC says S&P's separate approach to local government debt rating demonstrates the difference between U.S. federal debt and the municipal bond market.

For example, unlike the federal government, municipal debt is typically not used to finance daily operations, but rather municipal bonds are issued to finance infrastructure projects. Municipal bonds also usually are longer-term than federal borrowing, and debt service payments are usually the same amount each year. "Additionally, local and state debt levels are low, about 16 percent of GDP, and usually representing a relatively small portion of local and state budgets, about 5 percent on average," according to the NLC statement.

Potential downgrades on municipal bonds could increase the costs of infrastructure projects, further constraining local and state budgets, according to NLC. The municipal bond market already is suffering from concerns about the slow economic recovery, but NLC maintains that the bonds are still a safe investment. Most cities have debt cap limits, lengthy processes to complete before borrowing to ensure their ability to repay, and balanced budget requirements, according to NLC. "To be sure, local and state governments continue to confront declining or slow growth in revenues as a result of the great recession, and 2011-2012 will present many general purpose governments with difficult choices," the NLC statement says. "But, the overwhelming majority of local and state governments are continuing to balance their budgets and meet their debt obligations."

Read the full GPN article on GovPro.com, and the full NLC statement.