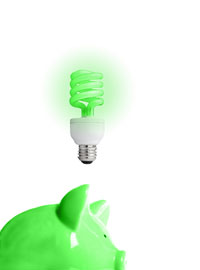 Hawaii residents who want to try “green” energy may soon get a little help from the government. A new law directs the state’s Public Utilities Commission (PUC) to investigate and implement an on-bill financing program to help residents purchase solar power systems or other renewable energy systems.

During a signing ceremony for the bill in July, Gov. Neil Abercrombie endorsed the program’s potential to advance clean energy goals while creating green jobs. But, initially Abercrombie had planned to veto it, calling it an unfunded mandate because it requires the PUC — which, like all state agencies, has to had to deal with severe cutbacks during the recession — to complete an investigation without any additional resources.

However, after hearing about the governor’s intent, private partners led by the Blue Planet Foundation, offered to work with the PUC to cover costs and lessen the burden of implementing the program. “If this partnership can come together as envisioned, a docket on on-bill financing can be opened right away, the governor said in a statement. “We can determine whether and how an on-bill financing program can be designed so that more people can participate in Hawaii’s clean energy future.”

Read Abercrombie’s press release and watch a video of the bill signing below.