The Coalition for Government Procurement is now accepting nominations for the 12th annual Excellence in Partnership Awards. Nominations are due by Aug. 19 and should be submitted through the online nomination form. 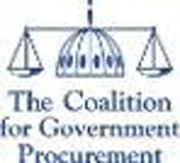 The Coalition for Government Procurement (CGP) is now accepting nominations for the 12th annual Excellence in Partnership (EIP) Awards. Nominations are due by Aug. 19 and should be submitted through the online nomination form found on the EIP Awards website.

The EIP Awards were developed 12 years ago to honor those who have made strides in using the U.S General Services Administration’s GSA Federal Acquisition Service (FAS) and its programs, as well as promoting partnering between industry and government.

The goal of the awards program is to recognize procurement innovation and excellence in GSA’s FAS programs, in their vendors, and in their customer agencies. Potential nominees can include:

Companies that have gone the extra mile in supplying and supporting a government agency;

GSA representatives that call on vendors and provide support;

Federal agencies that have instituted innovative ways to use GSA in order to meet the agency’s mission; and

Individuals and groups that use GSA to enable their agencies and/or organizations to work more efficiently.

There are three major categories in the awards program: GSA, GSA Customer Agencies and Industry. Several awards recipient groups are represented, including vendors, federal customers and professionals who run FAS and its programs. A panel of experts from industry and government will select the winners from the nominations received.

Myth-Buster of the Year Award

“Partnership between government and industry is the key to a procurement system that meets agency mission requirements while delivering the best value to the taxpayer,” said CGP president Roger Waldron. “The EIP Awards are focused on recognizing that success, and celebrating individuals whose outstanding support of partnership and communication have positively impacted procurement.”

The ceremony honoring the winners and nominees will be held on Wednesday, Oct. 26, 2011, at the Crystal Gateway Marriot, Arlington, Va., at 6:00 PM. The event celebrates the Multiple Award Schedules Program and government contracting, and honors FAS, its customers and its contractors. Attendees include GSA executives, industry partners, contractors and government procurement personnel. The event draws more than 400 attendees from industry and government.

The CGP was founded in 1979 to advocate a common-sense approach to government contracting. It represents the well being of government contractors whose contracts are administered by GSA, regardless of the industry or size of the company. The CGP has 250 member companies.