The public's disdain for the public sector is leading to retirements, layoffs and discussions about the future role of government.

Though employees in Tarrant County, Texas, have avoided layoffs so far in the worst economy in decades, and the chief executive was able to beat back a Tea Party challenge in the 2010 Republican primary, the public’s disdain for government still weighs heavily on government workers. “It has to have an impact,” says Glen Whitley, the county’s top executive who won re-election unopposed in the November general election. “If people are always not speaking highly of you, it has to wear on people.” 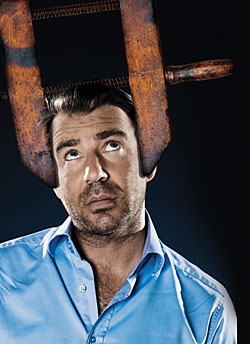 The lack of appreciation employees feel they receive from the public is echoed across the nation, at all levels of government — and the bitter feelings trickle down from the highest level to local government. Recent polls show that only about 20 percent of the public approves of the job that Congress is doing. Unions representing public employees are routinely called “bullies” and “thugs.”

Though their roles are much different, local employees still feel the heat, Whitley says. “People are frustrated with Washington and the state, and [local employees] are always being thrown into general categories,” he says.

As a result, local government leaders, their consultants and watchful academics are sorting out how to meet the challenge to their operations, at a time of diminishing resources and increased demands. While some believe that maintaining services is the best way to regain the public’s trust, others are rethinking the role of local government and are encouraging employee participation in that process.

“At a time when governments are cutting benefits and not raising pay, and with strong anti-government sentiment in the media, we have to rally the troops for a better future,” says Frank Benest, a former city manager and a senior adviser to the International City/County Management Association (ICMA), a Washington-based organization representing professional city and county managers.

Retirements on the rise

One indicator of the effect of the angry tenor of the debate over public employees is the jump in retirements as workers assess the effects of rising benefit costs, pay cuts and furloughs. A number of states have seen sharp spikes in retirements in 2010 and the first half of 2011:

Public workers, fearful of the impact on their pensions and other benefits, are making a tough choice, says Jeffrey Keefe, a professor of labor and management relations at Rutgers University. “These employees are electing to retire because they’re worried,” he says. “I think the morale issues are real.”

As a consequence of the public debate about their pay and value, employees are making a hard assessment whether it is better to take what they have secured or continue in their positions and risk cutbacks. “We’re seeing in states where there is a lot of controversy about the future of their pensions that people are leaving to protect their benefits,” Keefe says.

The environment for the public sector is the worst since the end of World War II, Keefe says, because of the diminished resources at all levels of government. “It’s a gloomy picture,” he says.

The continued trend toward hard bargaining leaves union leaders with the tough choice between layoffs, and pay and benefit cuts, which Keefe sees continuing for the next several years. “When I talk to union officials, I tell them to think hard before they accept layoffs rather than trimming benefits,” he says. “If they care about their employees, they are sending them into a situation that may be a disaster for them and their families. State and city governments are in for a tough ride.”

Layoffs add to the pain

The early retirements come on top of the massive restructuring taking place in the public sector. At a time when the whole economy is struggling to emerge from the steep recession that began in 2007, the June employment reports showed that the public sector stood out as a serious drag on the economy as a whole.

While the private sector added a tepid 57,000 jobs in June 2011, the public sector actually cut 39,000 jobs, for a net of only 18,000 jobs. From November 2010 to June 2011, federal, state and local governments cut a combined 238,000 positions. Local governments alone, which lost 18,000 jobs in June 2011, have slashed about 500,000 jobs since local government employment peaked in September 2008. Fifteen states plan layoffs for the fiscal year that began July, while 11 plan salary reductions, according to a recent survey by the National Association of State Budget Officers.

With their employment ranks shrinking, their pay and benefits diminishing and the rhetoric against them rising, public employees face a tough future, their leaders admit. Nonetheless, a lot of thinking is taking place on how the situation can be stabilized, if not reversed.

An ideological view of government creates problems for those who are trying to deliver services to constituents, says Lenny Eliason, a commissioner in Athens County, Ohio, outside Columbus, and the incoming president of Washington-based National Association of Counties, succeeding Whitley. Eliason is concerned that the pressure on public employees ultimately will haunt those who rely on government in ways that they do not even anticipate. “If we don’t have good people, we won’t have good government,” he says.

He believes that there are two primary issues facing government. First, he echoes Whitley’s theme for the past year that most people do not understand what local governments — and especially counties — provide for the average taxpayer. Second, he adds that government must discuss what services it should provide and what services can be performed elsewhere. “Educating people on what government does is the biggest hurdle,” he says. “People don’t know how county government works. They don’t realize what we do every day. It’s invisible government.”

He points out that if someone does not have a legal dispute, they do not see the function of county court, or if they do not need a birth certificate, they will not understand the importance of county registrars. Residents also do not appreciate that the state or federal government mandates much of what a county does, though the county taxpayer has to pay for the services.

Recently, Eliason says, a taxpayer complained to him that the county had raised her taxes, which, he says, was not true. After speaking to the constituent, Eliason learned that the taxpayer actually had added on to her home. Rather than an increase in the tax rate, the increased cost was a result of a revised assessment, based on the new value of the home. “The real problem is that they don’t teach basic government in schools,” he says.

As a more immediate solution, government must determine how it delivers services in the future and ensure higher voter participation so that small groups do not dominate the political debate. “We have to determine what is best to do for the voters,” he says. “Then, there would be more appreciation for the county and its employees. It would involve a lot of give and take. We won’t all agree.”

Reasons for a bad image

Benest notes that governments have come through difficult periods before, but the current situation is somewhat different. “There’s a convergence of forces, poor image and an anti-government sentiment that makes it difficult to fulfill our traditional mission,” he says.

He cites a number of causes for government’s poor public image:

To take advantage of resources outside government, procedures and processes should be streamlined while also protecting the taxpayer’s dollar. Finally, like Eliason advocates, Benest says that the public must be engaged in a conversation on the role of government. “The status quo is not tenable,” he says. “Just because the economy picks up, doesn’t mean we will get out of the problem.”

Part of the solution, he says, is bringing public employees into the process. “It’s very, very difficult to rally the public employee when there’s so much anti-government sentiment and people say, ‘We’re the problem.'”

Despite the current difficulties, Benest sees some potential for favorable outcomes. For example, as more employees retire and more positions become vacant, the remaining staff has more opportunity for promotion, with more possibilities for movement across the government operation. “Government employees can have good, meaningful careers that are aligned with the values of the community,” he says. “There is a lot of good to be done out there.”

Whitley agrees that public employees can continue their work despite the difficult circumstances. “Most folks work because they love public service,” he says. “It’s a different motivation to feel like you are serving the public. It’s what keeps them going.”

For the future, Whitley says he is going to continue working to build understanding about the responsibilities of county government. He hopes that by educating the public, county government can develop support for its operations and the workers. “I really want to encourage public awareness of what we do,” he says. “Every place is facing financial pressures. Public workers are committed to public service and making the community better with what funds they have. They’re not going to throw up hands. They find ways to serve their communities.”