A variety of groups are working to repeal the 3 percent withholding tax on government contracts. 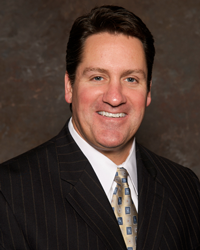 Efforts to repeal the 3 percent withholding tax on government contracts are gathering momentum even as the IRS issued, on May 6, final regulations for its implementation. The regulations moved back the effective date of implementation from Jan. 1, 2012, to Jan. 1, 2013.

The 3 percent withholding provision was incorporated into the 2005 Tax Increase Prevention and Reconciliation Act (Section 511) in an attempt to guarantee that individuals and companies with outstanding tax debts do not receive new federal payments. The provision mandates that federal, state and local governments with expenditures of more than $100 million withhold for tax purposes 3 percent of payments for products and services valued at more than $10,000. Governments are required to report details of the withholding to the IRS.

A variety of groups, including Government Withholding Relief Coalition, the Associated General Contractors of America and the American Institute of Certified Public Accountants are working to repeal the 3 percent tax before it goes into effect in 2013.

As noted in an April 4, 2011, Govpro.com item, the withholding provision will require governments to make costly changes to their financial accounting systems to track withheld payments. What’s more, governments will have to pay additional staff or allocate current employees’ time to track withheld funds.

Will Congress deep-six the withholding provision? According to Andy Hammons, the answer is yes. “Efforts to repeal so far have been unsuccessful, but I believe that as it gets closer to the effective date, it will gain more traction and be repealed.” Hammons is a principal in the federal income tax practice of Ryan, a Dallas-based tax services firm that has the seventh-largest corporate tax practice in the United States.

The new rule will have an effect on local governments, Hammons says. “If it takes effect in 2013, local governments will obviously receive a sizable infusion of cash from this 3 percent withholding requirement; however, the danger would be for those local governments to spend or appropriate those funds, knowing full well that the across-the-board 3 percent withholding will be in excess of actual tax liabilities, and thus, much of the cash will either be refunded back to those taxpayers or credited towards future tax liabilities for those taxpayers.”

Hammons conclusion: there could be huge issues for local governments if they decide to use those funds too quickly.

An upcoming Govpro.com report on the 3 percent withholding provision will include an update on legislation moving through Congress to repeal the provision, as well as comments from Larry Allen, former president of the
Coalition for Government Procurement and currently a contractor consultant at
Allen Federal Business Partners, on chances a repeal might happen.