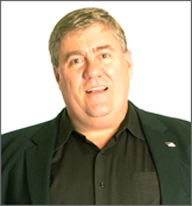 Government purchases of goods and services will grow a little in the remaining quarters of 2011, and expand by about 1.4 percent in 2012, according to the latest analysis from St. Louis, Mo.-based consultants Macroeconomic Advisers (MA), and reported in the second-half 2011 Keating Report.

Total government purchases of goods and services in the U.S. (also called government consumption and gross investment) will reach $3.06 trillion in the fourth quarter of 2011 versus $3.03 trillion in 2010, according to MA. State and local governments will account for $1.8 trillion, while federal purchases will exceed $1.2 trillion.

On the topic of federal purchases, the federal government’s fiscal year ends Sept. 30, and that often means accelerated purchasing activity at federal agencies as the curtain comes down on FY 2011. During federal buying season (the weeks and months prior to Sept. 30), there are plenty of selling opportunities for savvy government marketers.

“I think we can expect some spike in end-of-fiscal-year spending from federal agencies this coming August and September, but it will be lower than usual due to the perpetual continuing resolution [to authorize more spending],” says Mark Amtower, a government marketing expert at Amtower & Co. and author of the recently released book Selling to the Government: What It Takes to Compete and Win in the World’s Largest Market. “As for the balance of 2011 (after Oct. 1), that depends on the ability of Congress to pass a budget. As we will have the same Congress, I think we’ll be facing the same issue: another continuing resolution.”

Amtower sees federal agencies’ boosting their spending in several technology areas in the remainder of fiscal year 2011. “Cloud computing and IT (cyber) security are in the lead. Products should have a ‘green’ stamp of approval.”

Amtower tells federal government contractors: “The best way to improve sales is to sell where they know you, in federal agencies and departments where you have established relationships. Maximize the value of these customers before you try to migrate to new customers.”

Vendor sales reps, says Amtower, should “know the mission, understand the agency culture, and be aware of the budgeting issues—they will add value each time they make a sales call and will make more sales as a result.”