Illinois has passed a series of reforms aimed at making elections more accessible. 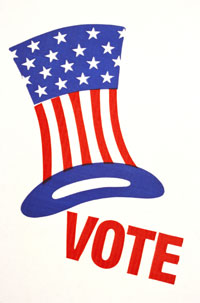 Illinois has passed a series of reforms aimed at making elections more accessible. A new law makes it easier to add referenda to the ballot and allows service members overseas to receive ballots by e-mail.

The legislation, signed on July 4 by Gov. Pat Quinn, allows local school boards to initiate advisory referendum by resolution, which previously was not allowed in the state. It also lowers the petition signature requirement for initiating referenda to a uniform 8 percent of the gubernatorial vote. Additionally, the bill eliminates the requirement that petitions to initiate referenda for constitutional amendments be segregated by election jurisdiction, which reduces the chance that petitions or an initiative could be thrown out based on a technicality, according to Quinn’s office.

The bill also increases voting access for service members by allowing ballots to be e-mailed to military voters who are overseas. “On the very day we celebrate our democracy, I am enacting a bill that will put more power in the hands of the people of Illinois,” Quinn said in a statement. “By giving voters more authority at the ballot box, they will have a better opportunity to hold elected officials accountable, and we will continue to create a more vibrant democracy in our state.”