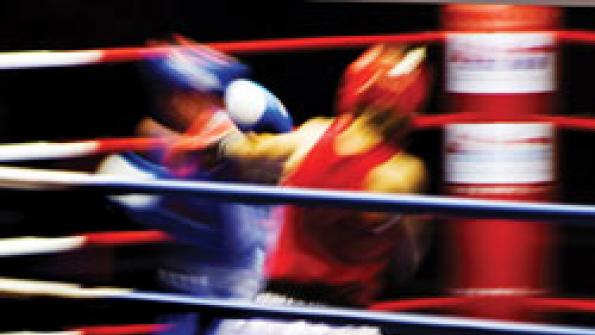 Battles rage between public sector unions and elected officials with no end in sight.

Connecticut Gov. Dannel Malloy thought he had an agreement with his state’s public sector unions to avoid layoffs by wringing out $1.6 billion in savings over two years. But the June agreement fell apart when two of the 16 unions involved voted against the plan. 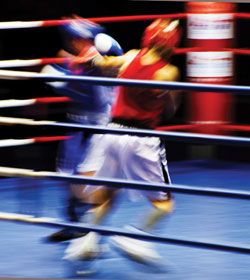 So, the governor was forced to reconvene the legislature to balance the budget. What was once considered a model of a “middle path” that relied on negotiations with union leaders rather than legislative imposition of harsh cutbacks has now devolved into a scramble that may cost 7,500 jobs.

“The failure to ratify by state employees does more harm to them and the cause of labor than anything their enemies could possibly achieve,” Connecticut State Senate President Donald Williams said in a message to fellow senators. “It’s unbelievable that they don’t understand that.”

The unsettled situation in Connecticut reflects the turbulence across the country as states and local governments seek to erase huge deficits from recession-wracked budgets at least in part through reductions in wages and benefits of their employees, particularly those represented by public sector unions. With elected officials pushing for reductions in wages, benefits and even bargaining rights, unions are pushing back with all the force they can muster. The battle, far from being over, may be just beginning — with long-term consequences for both employees and employers. “This is a problem that’s not going to go away, even if there is a return to prosperity,” says Gary Chaison, professor of industrial relations at Clark University in Worcester, Mass.

Evidence of the battle between unions and governments is ample, even in Democrat-dominated states, like New York, Massachusetts and Illinois. Mandated by their constitutions to balance budgets and facing huge revenue shortfalls from declining income tax receipts, even union-friendly states are pushing employees to increase contributions to their benefits, accept cuts in scheduled wage increases and take unpaid furlough days.

But what really has enraged unions is the campaign by newly elected governors to limit the ability of unions to bargain, organize and collect dues. In Ohio, a ballot referendum in November will test imposed restrictions on union activity. And as a result of the most contentious and prominent skirmish, which resulted in a temporary shutdown of the state legislature, one-quarter of Wisconsin state senators — both union critics and supporters — now face recall elections this summer.

Union organizers vow that they eventually will pursue a recall election of Republican Gov. Scott Walker. “Scott Walker and his corporate-backed cohorts may have launched an unprecedented attack on the working middle class, but they also have ignited a Main Street Movement that is fed up with joblessness and attacks on retirement security,” Lee Saunders, secretary treasurer for the Washington-based American Federation of State, County and Municipal Employees (AFSCME) said in a written statement. Saunders adds that supporters “are united in the fight to save the middle class.”

Labor leaders see the battle as a titanic struggle between the forces of good — the middle class and the unions representing their interests — and forces of darkness — corporate interests and their right-wing representatives. In a speech in May, Richard Trumka, president of the AFL-CIO, cast the fight as “a moral challenge” to counter what he sees as a “concerted effort to change the very nature of America — to turn this into an ‘I’ve got mine’ nation and replace the land of liberty and justice for all with the land of the war of all against all.” Citing cuts at the state level, he described a “despicable canvas of cruelty” painted by “right-wing” politicians.

Of course, not everyone sees the situation the same way. In a Wall Street Journal opinion column, Robert Barro, a Harvard University economics professor, argues that the economic distress in many states “has caused reexamination of the growth and political power of public-employee unions.” He argues that states should push for right-to-work laws that give individuals the right to work without being forced to join a union or pay dues — ideas that are antithetical to unions that argue they need to bargain collectively on behalf of all employees. Barro urged politicians like Walker to “maintain their resolve and achieve a more sensible long-term structure for the taxpayers in their states.”

In another Wall Street Journal column, “How Public Unions Took Taxpayers Hostage,” Fred Siegel, a scholar in residence at St. Francis College and a senior fellow at the Manhattan Institute, argues that collective bargaining by public employees is not a “deep-seated” American tradition. “Restraining the immense clout that government-employee unions have accumulated over the past half-century will be difficult, but not impossible,” he writes.

One way to achieve that restraint in union power would be to change how unions negotiate, says Reagan Walker, spokesperson for the American Legislative Exchange Council (ALEC), a Washington-based association of state legislators who believe in limited government. ALEC is not opposed to unions, she says, but wants to fundamentally restructure the negotiation process. Rather than reaching agreements in private discussions and then presenting them as part of a budget, she says ALEC advocates that unions face off against management in public forums. “We want a transparent process,” she says. “People should know what they are negotiating.”

Unions have responded to those assaults with their own justification for their collective-bargaining rights. “Collective bargaining has often been our life preserver in the raging waters of partisan debate in which fair play is routinely thrown overboard by political opportunists looking for scapegoats,” Harold Shaitberger, general president of the Washington-based International Association of Fire Fighters, wrote in a letter to the Wall Street Journal in March 2011.

Unions in the public sector did not gain much traction until the late 1950s, winning a major breakthrough in 1958 when New York City gave workers the right to bargain collectively. The strength of unions since then has ebbed and flowed, but in recent years, as the general labor movement has declined in membership, public sector unions have grown significantly at all levels of government.

Those who argue that public unions need to be reined in often point to their members’ defined benefit plans that they contend are unsustainable. While the wages of public sector employees are about the same or below private sector workers, depending on the study, about 90 percent of public employees have defined benefit pensions, which guarantee a specific amount of money upon retirement regardless of the investment performance of the assets — far greater than private sector employees (about 20 percent), according to BLS statistics.

By some estimates, the total liabilities that governments will have to cover because of the promises made for pensions and retirement health amount to as much as $3 trillion. Other estimates are somewhat less, but the total amounts are staggering.

While opponents point to individual cases of extravagant benefits for early retirees, unions say those are exceptions rather than the rule. They point to statistics that show the average retirement benefit for the 7.7 million retired state and local government workers in 2008 was $23,653, according to the U.S. Census Bureau. They also argue that the average employee contribution was between 5 percent and 8 percent, depending on whether they were eligible for Social Security, according to a U.S. Government Accountability Office study.

Ironically, though, some of the states with the strongest pushback against labor, like Wisconsin, also are the ones that owe the least on their pension plans. In fact, Wisconsin is 100 percent funded. And some states that have considerable underfunding problems, like South Carolina at 69 percent, are among the lowest percentage of union workers in the nation, according to BLS. Unions complain that state leaders underfunded the plans even though they knew that the obligations were mounting.

In a recent interview, Steven Kreisberg, AFSCME’s director of collective bargaining, contended that the tough action against unions is “a cynical use of the economic downturn caused by the same people who created the economic downturn.” He argued that government failure to properly fund the pensions in the past is responsible for the gap, not overgenerous benefits. He also pointed out that the pension increases were often bargaining chips as inducements to accept smaller wage increases. “These attacks are a way of dehumanizing public workers into a nameless, faceless other,” he said.

Donald Boyd, a senior fellow at the Rockefeller Institute at the State University of New York, agrees that the immediate cause of the states’ financial problems has been a sharp decline in revenue, caused by the recession and a rise in Medicaid costs. But he adds that the crisis has exposed the issues states and local governments face with their pension obligations, which is not always related to the influence of unions.

Boyd believes that court cases ultimately will determine which benefits states and local governments can change in their retirement plans and which must be honored, as protected by either legislation or constitutional provisions. “The courts will decide exactly what was promised,” he says. “The policy decisions will have to be made how to pay for them, with or without unions. It doesn’t change that issue at all.”

Fighting for hearts and minds

The budget crisis has dramatically altered how the public views unions, Chaison says, allowing opponents to raise allegations that unions protected their members at the expense of taxpayers. “Unions have lost the favor of voters,” he says. “It’s not anti-union, it’s pro-fairness. People want to see an equality of sacrifice and insecurity. They think their jobs are insecure, so the jobs of public workers should be just as insecure.”

Chaison argues that unions have to win back “the hearts and minds” of the public by presenting themselves as part of the solution. “Collective bargaining has to be based on reality,” he says. “The problems are not going to go away. Unions cannot afford to wait for the economy to improve. The longer they wait, the more they will fall into the public’s disfavor.”

At the same time, Chaison is sympathetic to union arguments that they have been unfairly targeted in the budget crisis. “This is not a problem of their own making,” he says. “They are trying to get the maximum benefits for their members. All collective bargaining agreements have two signatures. The employer had to sign off, as well. It shouldn’t fall entirely on their shoulders.”

The attacks against the unions are misplaced, he says, because they reflect the attitude of the past rather than reflecting current realities. “Perhaps there wasn’t arms-length bargaining in the decades before, but there’s a role reversal today,” he says.

“Everyone wants to be a Chris Christie,” he notes, referring to the outspoken Republican governor of New Jersey. “It doesn’t take political courage not to accede to demands. Everyone’s fighting for the public interest. It’s a tremendous reversal. Unions are seen as not part of the solution, but as a large cause of the problem.”

In the ongoing fight, Chaison believes that the weakening of the unions will harm the overall public interest. “Without unions, workers’ interests are not expressed in the workplace,” he says. “If the voice is lost, management is not aware of what employees will or will not accept. There is no avenue for grievances or recourse against wrongful discharge. There is no way to address the balance of power. Their voice is always necessary.”