With 33 percent of major roads in the United States in poor or mediocre condition, according to the American Society of Civil Engineers, product innovations in highway paving are sorely needed.

With 33 percent of major roads in the United States in poor or mediocre condition, according to the Reston, Va.-based American Society of Civil Engineers, product innovations in highway paving are sorely needed.

Fortunately, there is no shortage of innovation in highway paving, says Larry Galehouse, director of the Okemos, Mich.-based National Center for Pavement Preservation (NCPP). NCPP was established by Michigan State University and the Foundation for Pavement Preservation to lead collaborative efforts among government, industry, and academia in the advancement of pavement preservation. Pavement practitioners, policy-makers and industry officials are active in the NCPP. 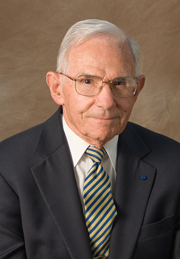 “Gre ater attention is being given to surface texturing by many highway agencies,” Galehouse told Govpro.com. “Noise, friction, splash/spray are becoming big issues on road surfaces. A specific treatment is starting to be used by highway agencies called surface abrading. Not all surfacing abrading processes are workable, but a company known as Skidabrader is different. Their process has been used and tested by NASA and is used by many major airports across the country. Now the process is gaining interest in the highway community.”

Skidabrader repairs airport runways and highways where the pavement has imperfections and surface problems but is structurally sound. Since 2000, the company has completed 32 pavement texturing projects in Texas alone, totaling 6,845,000 square yards, for skid and hydroplane resistance. Each of the projects required the repair and rehabilitation of more than 30 lane-miles of pavement, according to the company. During the same time period, a multitude of similarly sized projects have been completed in 36 other states and four Canadian provinces.

Another problem encountered by many highway agencies is poor construction quality on asphalt pavements, particularly on the longitudinal joints, Galehouse says. “A new product, called JOINTBOND, appears to seal and stabilize the area around the HMA longitudinal joint to prevent raveling and water infiltration,” he says. “Many state DOTs are beginning to test this product and like the results. The product completely penetrates the surface and does not harm existing paint striping.”

JOINTBOND was designed to help minimize asphalt maintenance by penetrating newly placed asphalt pavement. It is a polymerized maltene emulsion that is spray-applied to the joint area, approximately one foot to one-and-one-half feet on either side of the joint.

Reducing noise levels on highway pavements is another area of innovation in highway construction and maintenance, says Carl Monismith, professor emeritus of civil engineering and director of the Pavement Research Center at the Institute of Transportation Studies at the University of California at Berkeley.

There are efforts now to reduce noise levels by improving the pavement surface, Monismith says. “In the case of concrete, what’s being tried are methods of grinding the pavement that are different from the ways highway crews currently grind the surface,” he says. “In the case of asphalts there’s been a great interest in the design of special asphalt mixes that are sound-absorbing.”

The new mixes lead to a drop in decibel levels that people hear away from the source of the traffic noise, Monismith says. In some cases, the new asphalt mixes reduce noise levels to the point there is less need to construct highway sound-deadening walls next to the road or structure.

In related articles, Govpro.com reports on how InventHelp is driving innovation in the government market in a recent item, and how InnoCentive is relying on a worldwide network to develop solutions to government problems in this recent article.