Although the national economy has changed dramatically in the last six years, local governments have not changed their approach to contracting much at all. 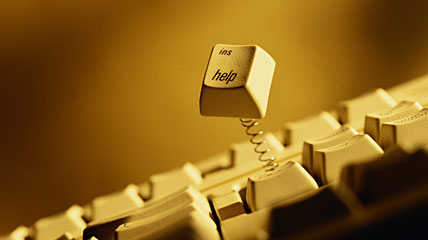 (These survey results appeared in the June 2011 issue with the title, “Outsourced?”)

Just six years ago, following the 2001 recession, the U.S. economy was starting to show positive signs, with businesses growing and unemployment lowering. Today, however, considering the condition of many local and state governments, managers are not using the private sector significantly more than they were in our 2005 privatization survey.

The same questions were asked in each survey so we could make some comparisons between basic concepts, such as satisfaction with the contractor’s performance, incentives offered and reasons for choosing or not choosing to outsource.

View the list of answers to the question, “The secret to successful contracting is…,” as well as a copy of the complete survey results.

What services do you/don’t you contract?

Solid waste, road/bridge construction and pension fund services were the top outsourced functions in both surveys. Today, however, managers are more open to contracting more services than they were in 2005. Still, those numbers are low, with maintenance of grounds and buildings leading the pack. Interestingly, though, the same respondents were even more emphatic about not contracting in areas they do not currently outsource in the five years between the two surveys.

Why do you contract for services?

Leading reasons why managers contract services remain firmly centered on “saving money” and “professional management and expertise” in both surveys. The end results (saves time and improves operations) were the third and fourth justifications for outsourcing in both surveys. About half of those surveyed list those among the top three reasons why they choose to contract. The responses to this question in the two surveys were the same in almost every category with the exception of “improves infrastructure,” which increased its response rate by about 50 percent.

From the list below, please choose the three most important reasons that you have or will contract services.

Why don’t you contract services?

In both surveys, respondents steadfastly maintained that contracting services would not improve the quality of the service nor would it improve operations. “Too expensive” was the third choice in both years, but appeared to be less of a reason when measured in terms of the difference in the response rates. Union reaction, although not a large area of response, was even lower in the 2011 survey that it was in the 2005 version.

What are the top three reasons why you will not contract services?

What do you think of contractors?

The general level of satisfaction with contracted services also was close between the two surveys, although the satisfaction level increased by about 8 percent. More than 90 percent of managers are satisfied or very satisfied with their contractor’s performance.

How satisfied have you been with contracted services in general?

How can contractors win your business?

Guaranteed performance was the clear incentive of choice offered by contractors in both surveys, but the response rate increased significantly from 42 percent in 2005 to more than 63 percent today. The same is true for the second place incentive — performance standards/metrics. The percentage who checked that response increased from 32 percent in 2005 to nearly 53 percent today.

What incentives have contractors offered you to win your business?

View the list of answers to the question, “The secret to successful contracting is…,” as well as a copy of the complete survey results.