You’re not setting a good example

Police in Warner Robins, Ga., say Councilman John Williams spilled food, coffee and water on a fellow city official while the two were eating and arguing at a local Waffle House. 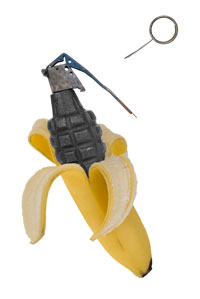 When parents take their children out to eat at a restaurant, they expect them to be on their best behavior. However, it would appear that one Georgia city councilman did not learn that lesson in his youth.

Police in Warner Robins, Ga., say 72-year-old Councilman John Williams spilled food, coffee and water on his lunch companion and fellow city official Tony Robbins while the two were eating at a local Waffle House on May 23, according to the Associated Press (AP). The two had been arguing over parking.

Robbins, chairman of the city’s downtown development authority, says that the councilman lifted up his placemat, and the food and drinks spilled all over him. The councilman told local media that it was an accident, and he did nothing wrong. Authorities in the central Georgia town have referred the case to a judge. No one has been arrested.