The recession has forced most local and state governments to layoff employees and increase employees' costs for health care, and those steps have led to lower employee morale and workload problems, according to the latest electronic survey conducted by the Center for State and Local Government Excellence. 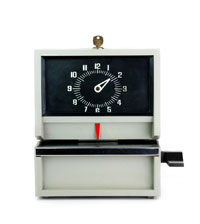 The recession has forced most local and state governments to take serious cost-cutting measures, such as layoffs and increasing employees’ costs for health care, and those steps have led to lower employee morale and workload problems, according to the latest electronic survey conducted by the Washington-based Center for State and Local Government Excellence (CSLGE). The end result, according to CSLGE, is that the public sector will have to struggle to retain its competitiveness as an employer.

Twenty-five percent of respondents say that employees are accelerating their plans for retirement, and 71 percent say their workforce has shrunk since the 2008 economic downturn. “As they face hiring freezes, morale issues, layoffs and accelerating retirements, more than 70 percent of state and local governments say staff development is a priority issue,” said Center President and CEO Elizabeth Kellar. “This takes on added importance as you examine trend data. The number of retirement-eligible employees who have moved up their retirement date has more than doubled in the last year.”

Workforce changes most commonly cited are:

The survey is a follow-up to one CSLGE conducted in late fall 2009, “The Great Recession and the State and Local Government Workforce.” The survey was conducted among members of the Alexandria, Va.-based International Public Management Association for Human Resources (IPMA-HR) and the Lexington, Ky.-based National Association of State Personnel Executives. Nearly 95 percent of the 363 members who responded work for local and state governments, with the remainder working for the federal government or in non-government organizations. “The survey results confirm that the public sector continues to face extremely challenging times, with difficult workforce issues that need to be addressed,” said IPMA-HR Executive Director Neil Reichenberg in a statement. “The actions taken by the public sector over the past several years to address budget gaps have resulted in a smaller workforce facing increased workloads. One of the key challenges for the public sector will be to remain an employer of choice that can compete for talent, especially in critical high skills areas.”