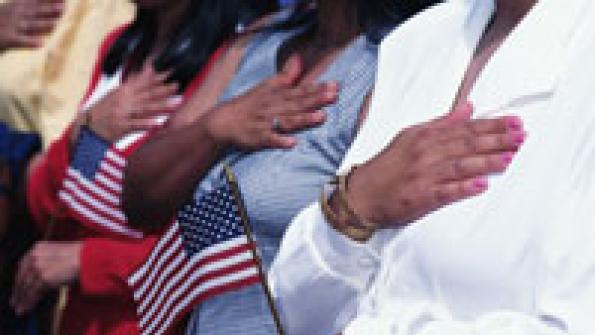 Like many states that are frustrated by a lack of immigration reform on a federal level, cities are taking their steps to address the problem.

Following the passage of Arizona’s immigration law SB 1070 last year, 30 states, frustrated with the lack of a comprehensive national policy, have introduced immigration-related legislation. Some local governments also have taken action in the past year to address immigration issues or to protest laws like SB 1070.

Some cities, such as Fremont, Neb., have favored more restrictive immigration policies. In June, Fremont passed a measure making it illegal for businesses to hire illegal immigrants and preventing landlords from renting to them. However, many other municipal leaders have taken steps aimed more at accommodating and integrating the immigrant community.

Last year, New York Mayor Michael Bloomberg helped form Partnership for a New American Economy, a group of mayors representing more than 24 million people, with the mission to make an economic case for “sensible immigration reform.” By publishing studies, conducting polls, convening forums and sponsoring public education campaigns, the partnership is recruiting members who support comprehensive immigration reform that, along with securing the nation’s borders, “helps America remain economically competitive by keeping and attracting the world’s best, brightest and hardest-working.” “Immigrants have always been an essential part of America’s economic strength,” Bloomberg said in a statement. “Too many innovative new companies, and the jobs they create, are being formed overseas because entrepreneurs can’t get a green card to start them here. We need to break the legislative stalemate that has taken over Congress if we want the U.S. to remain competitive in the 21st century.”

Also, some cities, such as, Trenton, N.J., have endorsed the use of community identification cards, which allow illegal residents to obtain services that require identification. The Princeton, N.J.-based Latin American Legal Defense and Education Fund (LALDEF) began issuing community identification cards in 2009 to give illegal immigrants residing in the area a means to be recognized, says Patricia Fernandez-Kelly, chair of LALDEF. The non-profit works with members of city government, the Merced County Sheriff’s Department and the library, among others, to increase the number of places that accept the cards as valid identification. Fernandez-Kelly says local law enforcement has been receptive to the cards because they make it easier to identify individuals that have been assaulted, victimized or injured. With more than 2,000 residents — mostly in Trenton — applying for the cards to date, the program recently expanded to all of Mercer County.

Local governments also are taking steps to protest Arizona’s law, SB 1070. During the most recent annual meeting of the Washington-based U.S. Conference of Mayors in June, Phoenix Mayor Phil Gordon decried Arizona’s law and implored his fellow mayors to get involved in immigration reform and address the issue with the White House and Congress. Columbus, Ohio; Austin, Texas; Boulder, Colo.; and St. Paul, Minn., banned city employees from traveling to Arizona for business purposes. At least 20 other cities passed resolutions denouncing SB 1070, with some cities, such as Seattle and Santa, Ana, Calif., calling for comprehensive immigration reform. “A lot of the opposition to SB 1070 is coming from the local level,” says Elena Lacayo, immigration field officer, Office of Research, Advocacy and Legislation for Washington-based National Council of La Raza, a Latino civil rights and advocacy organization.

Like states, individual cities have taken actions to send a message to the federal government about the need for, and the desired shape of, immigration reform. “In the absence of a coordinated immigration reform program, people have responded at the local level,” Fernandez-Kelly says. “Depending on the local climate, the responses will be different.