One person's air freshener is another person's toxic fumes, according to a Nevada state legislator who wants to ban air fresheners and candles in public places. 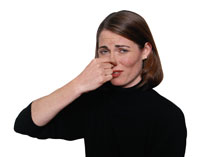 One person’s air freshener is another person’s toxic fumes, according to a Nevada state legislator who wants to ban air fresheners and candles in public places. However, critics say the proposed law would just leave the state a little funkier.

In early March, Las Vegas Democratic Assemblyman Paul Aizley presented the proposed legislation, which would set restrictions on pesticides, fragrances and candles to accommodate people with chemical sensitivities, according to the Associated Press (AP). Proponents say air fresheners give them migraines or asthma attacks and prevent them from going to movies or restaurants.

Critics counter the bill would prohibit priests from using candles in Mass, and spoil the mood at candlelit restaurants and weddings. And, from an economic point of view, they say unmasked odors in public bathrooms might drive away tourists, according to AP.