Salaries of U.S.federal workers are lagging behind their private-sector peers by an average of 2.1 percent, according to a U.S. Bureau of Labor Statistics analysis. However, Bruce Fenton, president and founder of Atlantic Financial Inc., does not believe that federal pay lags private sector salaries.

Salaries of federal workers are lagging behind their private-sector peers by an average of 2.1 percent across the U.S., according to an analysis by the U.S. Bureau of Labor Statistics (BLS) as reported in the Washington Post.

The BLS analysis is in an annual report that BLS puts together for the Federal Salary Council (FSC), a presidentially appointed panel that advises the White House on federal pay policies. The FSC recently issued its recommendations for modifying the locality pay program, which will be used to set federal worker salaries in 2012.

The recently announced freeze on federal pay may increase the gap between federal and private sector salaries. Federal employee pay will be frozen for two years, through Dec. 31, 2012. Here is the executive order announcing the pay freeze.

According to the White House, the pay freeze will save $2 billion for the remainder of FY 2011, $28 billion over the next five years, and more than $60 billion over the next 10 years. It will apply to all civilian federal employees, including those in various alternative pay plans and those working at the Department of Defense. Wages of military personnel will not be affected by the freeze. 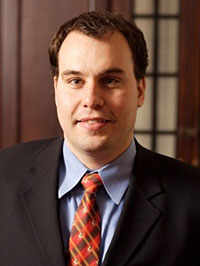 Bruce Fenton, president and founder of Norwell, Mass.-based Atlantic Financial Inc., does not believe that federal pay lags private sector salaries. Speaking of the BLS report that shows federal salaries lag the private sector, Fenton told Govpro.com, “I can’t see how that statistic can accurately reflect reality. Federal salaries, in general, are far higher than civilian counterparts. To be accurate, you have to account for hours worked, vacations, overtime, benefits, health insurance and thrift plans or pensions.”

Fenton adds: “Not only are federal salaries exorbitant, there has been a massive increase in [federal employee] numbers in recent years, and they have stability that private sector workers do not have.” Fenton’s firm does research on the changing global economy. Atlantic Financial advises governments, companies and families on international economic strategy.

Several other analyses have appeared that discuss federal versus private sector pay, including a Factcheck.org analysis. The federal Bureau of Economic Analysis has issued a Q&A that outlines why the average paycheck for federal civilian employees is higher than that issued to workers in the private sector.