There is no more free ride for seniors on Illinois' transit systems. A new law gives the state's elderly residents a 50 percent discount on state transit instead. 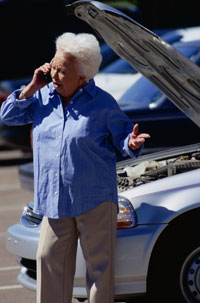 There is no more free ride for seniors on Illinois’ transit systems. On Feb. 14, Gov. Pat Quinn signed a new law that gives the state’s elderly residents a 50 percent discount on state transit, a move that is expected to save more than $30 million.

Previously, all seniors in the state received a free fare on the state’s transit system under its Seniors Ride Free program. Even under the new law, Senate Bill 3778, almost 60 percent of the seniors currently riding for free still will be eligible to ride without charge if they meet specific financial requirements. A one-person household with an annual income of $27,610 or less still will be eligible for the free fare, as will a two-person household earning less than $36,635 and households of three or more earning $45,657 or less. “This reform sets the standard we must meet for state programs by reducing costs while also ensuring transportation services for our most dependent seniors,” Quinn said in a statement. “To start off a week that will highlight important budget reforms, we’re taking important steps to ensure our state transit programs are fiscally responsible but also accessible to the riders who depend on them.”