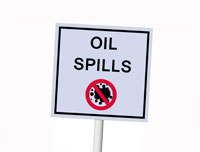 President Obama has appointed eight officials from county and parish governments affected by last year’s Gulf of Mexico oil spill to his Gulf Coast Restoration Workgroup. The Washington-based National Association of Counties (NACo) applauded the appointments, saying the Local Government Advisory Committee for the workgroup will provide an important voice for local officials and their communities.

The federal Oil Pollution Act requires BP to pay for such losses. The NACo Gulf Counties and Parishes Oil Spill Task Force, formed last year, asked the Obama administration in July 2010 to name a federal advocate for local government claims against BP. Based on a Jan. 12 meeting with Jackson, NACo believes such an advocate will be named soon.

Download the NACo press release on the appointments to the Gulf Coast Restoration Workgroup.