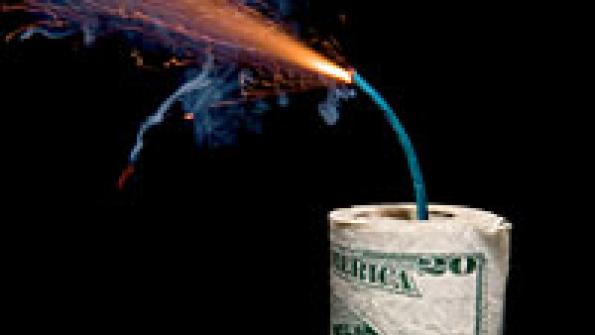 These are difficult days for Steven Kreisberg, director of bargaining for the American Federation of State, County and Municipal Employees (AFSCME), the largest labor union representing state and local employees. Almost daily, another politician comes out with a new proposal to eviscerate the defined benefit plans that have been the backbone of public sector bargaining for the last 30 years.

Kreisberg is ready to debate the merits of the proposals but is frustrated that the statistics cited by the other side are distorted for political reasons. “If you torture numbers long enough, they’ll confess to anything,” he says.

The battle over public sector pension plans, though not exclusively aimed at unionized workers, has become a proxy for the most acrimonious debate in recent years on the financial health of state and local governments, and the wages and benefits paid to their employees.

Employee: Cause or casualty? 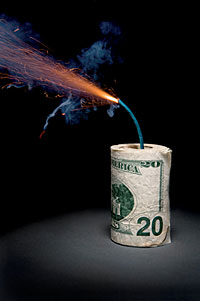 Without doubt, the financial position of the public sector was severely damaged by the Great Recession that began in 2008 and continues in the government sector, even as the rest of the economy begins to recover from its freefall. The question that has emerged from the financial mess is whether public employees are responsible for the crisis or are among its primary casualties.

The debate is vigorous, with both sides parading a stream of figures that prove their point, if one accepts their assumptions. But the analysis of whose assumptions carry more weight is at least as contentious, if not more so, than the numbers themselves. In the past, labor battles were fought with sit-ins and billy clubs. Today, they are fought with press releases and actuaries.

The acrimony leaves observers and academics at think tanks and foundations a bit wistful about where the debate is heading. Asked how the issues eventually will be resolved, Donald Boyd, a senior fellow at the Rockefeller Institute in Albany, N.Y., has to pause.

“Painfully and in steps,” he says, finally.

Everyone agrees that the state and local sector is under severe financial distress, with state budgets receiving the most attention. Eventually, though, the planned cutbacks undoubtedly will trickle down to local governments that rely on their states to provide funding for a variety of local services, such as education and health care.

For now, the collective state shortfall for FY2009 was $79 billion and rose to $123 billion the next year, according to the Center on Budget and Policy Priorities (CBPP), a Washington-based nonpartisan research and policy institute. The CBPP notes that the damage from revenues lost during the recession would have been substantially worse without federal assistance that came through the stimulus program, which was enacted in 2009.

Though revenues are improving, the loss of the federal assistance will take a further toll, with estimated deficits in FY2011 running at $101 billion and climbing to $134 billion in FY2012, according CBPP. “States’ fiscal conditions remain extremely weak even as the economy appears to be moving in the direction of recovery,” the report states.

Based on that grim outlook, numerous politicians have staked out aggressive positions, blaming much of the states’ distress on the pension benefits promised to state and local workers. Among the bipartisan chorus of leaders offering opinions are:

While officials also debate the ability of states to continue to deliver services in general, the sharpest clashes are focused on whether the states will have sufficient funds in their pension plans to pay promised benefits when the employees come to collect, short of a sharp increase in taxes or a radical cut in services.

The depth of the funding gap is a source of huge debate, and it falls on an arcane discussion of how much the assets in the plan can be expected to grow over time — at the historical average for a mix of stocks and bonds, about 8 percent, or at a conservative rate that is as assured as the promised benefit, about 3 percent. Over 40 years, the difference in estimation of the liability is massive: $1 trillion vs. $3 trillion. At the individual state level, the numbers can be enormous, as well. New Jersey, for example, has a $54 billion pension liability, even using the higher rate of return.

But advocates for the pension plans say the numbers are misleading and the gaps were created by a major recession and the failure of government leaders to make promised employer contributions to the plans. According to AFSCME, the average benefit is much more modest than is generally portrayed — about $19,000 for a career worker averaging $45,000.

“The same people who want to give tax cuts to millionaires now want to take away pensions from people who have already earned them,” Kreisberg says.

Not so fast, says Christopher Prandoni, federal affairs manager for Americans for Tax Reform, a Washington-based group that advocates lower taxes. He cites statistics that the average government worker is promised $2.85 per hour worked from his or her retirement plan, while the average private sector worker with a pension receives only $0.41 per hour worked.

He says that state and local government leaders “have kicked the can down the road,” promising benefits for the future while receiving the support of workers and their unions in current elections. “It’s inherently unfair for a mechanic working in a shop to pay for someone who has a lavish return for the same job,” Prandoni says.

While not singling out unions as the cause of the problem, Prandoni says they are resistant to fixing the structural faults behind the funding gaps. Citing the New Jersey situation, he says, that the unions “demonized” Republican Gov. Chris Christie for proposing modest reforms. “The unions make it very difficult to enact the necessary changes,” Prandoni says.

For his part, Kreisberg says, state leaders have continually underfunded the pension plan by using “sleight of hand,” and that includes Christie, who recently skipped a required $3.1 billion payment. “This is nothing more than a cynical use of an economic downturn by the same people who created the economic downturn,” he says. “They want to cripple government as part of their broader agenda. They just want to change the subject while they earn record profits and bonuses.”

Boyd of the Rockefeller Institute, which is the public policy arm of the State University of New York of Albany, says that the same issue of underfunding arose the last time the stock market crashed around 2001. But in the current downturn, things were different because the pension plans were so heavily invested in equities.

He says that in the 1970s, pensions were 15 percent invested in stocks, while just before the crash of 2008, about 70 percent of the assets were in equities. “The public sector used to be stodgy and cautious,” he says. “But there was a gradual rise in stock investing, because people believed it was more acceptable, among Main Street people, as well.”

With the higher returns of the stock market, plans were able to reduce contributions and increase benefits. “But the plans became more sensitive to fluctuations in the stock market,” he says.

The other change is the challenge by economists to the assumptions regarding the liabilities of the plans. “The numbers are sobering,” he says. “They make you stand up and take notice. State deficits, when coupled with pension fund liabilities, show projections that could be life-threatening to the governments themselves.”

In the end, of course, no one knows what the future returns over 40 years for the pension plans will be, he says. The Government Accounting Standards Board looked at the issue and decided that substantial change in valuations is not needed, although it has taken action on valuation of retirement health costs.

When looking at solutions to the current impasse, Boyd sees a number of possible actions on the horizon. For example, some states are challenging legal requirements that have always assumed that governments must pay promised pensions to state and local workers, including cost of living increases even after they stop working.

Other communities, he notes, like Prichard, Ala., have gone through bankruptcy to change the promised benefit. Prichard, which is near Mobile, went into bankruptcy court when it ran out of money to pay its pension obligations, proposing that its monthly benefit of $3,000 be cut to $200 a month. “I foresee lots of vitriol and complaints,” he says. “Tax increases, cuts in budgets, layoffs. The extent will vary from place to place.”

The Center for State & Local Government Excellence (SLGE), a Washington-based government policy organization, is advocating for the opposing sides to work together to find acceptable solutions. “The sides can learn from each other, learn through the process,” says Elizabeth Kellar, SLGE executive director, “Not by treating the other as the problem.”

Her experience has shown that there is a wide variance in the problems facing states, with some pensions in dire straits and others rather well funded. “That’s the strength of the federal system,” she says. “Some of the pension plans work better than others. It’s not magic. It’s discipline. It’s a big myth that there are instant solutions.”

Prandoni from ATR says his group believes that governments should take off the table any proposal to increase taxes to cover the liabilities because that does not correct the structural issue of overpromised benefits. Instead, he advocates conversion of plans, primarily for new employees, to defined contribution plans.

Under defined contribution plans, states contribute a set amount, and the employee bears the risk for how much he or she has at retirement, based on how well the employee invests the savings. While others point out that conversion of pension plans with liabilities initially can be very costly to governments because of various accounting rules, Prandoni argues that such changes are inevitable if the governments want to avoid defaulting on their obligations and are ready to face reality.

“States are hoping that the federal government will bail them out,” he says. “Once they realize the federal bailout is off the table, everyone will sit down and see how they will make this work.”

Not surprisingly, Kreisberg of AFSCME sees the issue very differently. He says the liabilities were caused by reckless tax cuts, politicians who did not make required contributions and an extraordinary recession that sharply reduced tax receipts. In short, the problem is not the benefit but the policies of the governments that promised them and the bankers on Wall Street who caused the economic collapse.

“We have a revenue problem, not an expenditure problem,” he says. “What do we do now? Put money aside to pay what was promised. We shouldn’t be cutting pensions to hurt teachers and firefighters solely to benefit the wealthy. This is all part of an anti-union agenda.”

And so it goes.