Illinois is revamping its Medicaid program to make it more efficient, and officials expect the reforms to save $624 million to $774 million over five years. 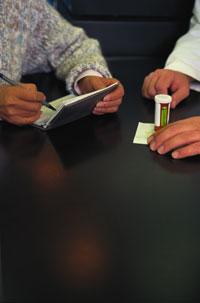 Illinois is revamping its Medicaid program to make it more streamlined and efficient. The reforms are expected to save $624 million to $774 million over five years.

Under the new law, signed by Gov. Pat Quinn on Tuesday, the state’s Department of Healthcare and Family Services (HFS) will expand coordinated care for people with complex diseases, such as Alzheimers, who may receive multiple treatments, to cover at least 50 percent of recipients by 2015. It also authorizes the department to enhance the integrity of the eligibility process, subject to federal approval, by requiring proof of Illinois residency; tightening income verification by requiring a month’s worth of income information instead of a single paystub; and requiring annual redetermination of eligibility.

The law also will allow the department to save on prescription drug costs by promoting 90-day maintenance prescriptions and controlling use, and reducing prompt payment interest rates for pharmacy bills from 2 percent to 1 percent.

Other major reforms include:

• Enhanced restrictions and civil penalties for recipients who abuse the system;
• A moratorium on eligibility expansions;
• A limitation on income of future enrollees in the state’s All Kids healthcare program to 300 percent of the federal poverty level;
• An extension of the All Kids sunset from 2011 to 2016;
• The phasing out of the practice of allowing unpaid bills from one year to be paid in the next fiscal year; and
• A directive that HFS study the impact of income limits and cost-sharing opportunities for medical programs available to children under the Public Aid Code where there is no parental-income threshold.

Illinois’ Medicaid program, which is administered by HFS, provides health coverage to 2.8 million low-income individuals and families, people with disabilities and older adults. “Governor Quinn has directed this department to transform Medicaid in Illinois into a program that works to keep people healthy, rather than one that simply pays bill after they become sick,” HFS Director Julie Hamos said in a statement.